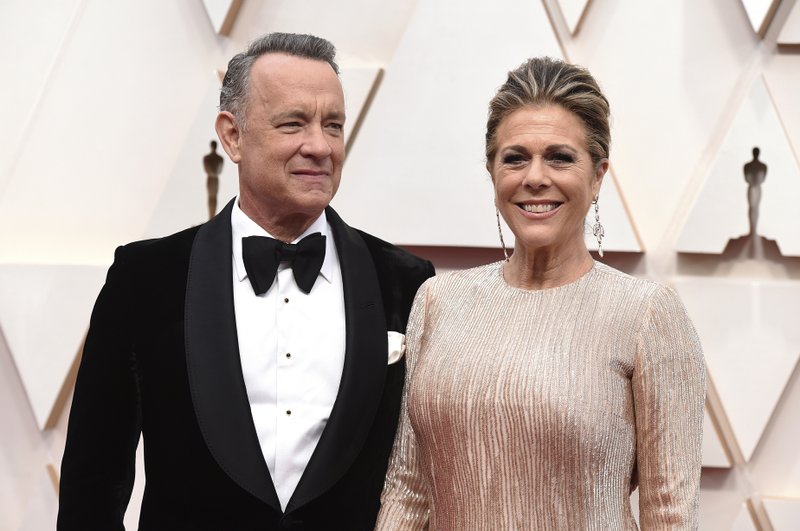 Tom Hanks, and his wife Rita Wilson, have both tested positive for the novel coronavirus (COVID-19).

Hanks is in Australia filming a new movie.

The couple, both 63, made the revelation in an Instagram post on Wednesday, March 11. The Oscar-winning actor is currently preparing to film the Baz Luhrmann-directed, Warner Bros. film on Elvis Presley. His wife Rita, an accomplished actress and singer, had joined him in The Gold Coast, Australia.

“Hello, folks. Rita and I are down here in Australia. We felt a bit tired, like we had colds, and some body aches. Rita had some chills that came and went. Slight fevers too. To play things right, as is needed in the world right now, we were tested for the Coronavirus, and were found to be positive,” the actor stated in the post.

“Well, now. What to do next? The Medical Officials have protocols that must be followed. We Hanks’ will be tested, observed, and isolated for as long as public health and safety requires. Not much more to it than a one-day-at-a-time approach, no?,” Hanks wrote. “We’ll keep the world posted and updated. Take care of yourselves! Hanx!”

Hanks, who disclosed several years ago that he suffers from Type II diabetes, is playing the role of Presley’s longtime manager Colonel Tom Parker in the biopic film. According to reports, Warner Bros. is liaising with Australian health agencies on the matter.

The actor’s Instagram post was illustrated with an image of a disposable glove in a garbage can. His posted statement garnered an outpouring of support from well-wishers on social media.

Australia currently has about 120 confirmed coronavirus disease 2019 cases. According to the World Health Organisation (WHO), there are now more than 118,000 confirmed cases globally, and almost 4,300 deaths.

Hanks’ post came on the same evening that President Donald suspended all travel between the US and Europe for 30 days beginning Friday, March 13 in a move to combat the pandemic spread of the virus Covid-19. The restrictions will not apply to the United Kingdom, where there were also confirmed cases.

The post also came on the same day that the Caribbean saw a spike in confirmed cases with Jamaica recording its second case and Guyana and St Vincent and the Grenadines confirmed their first cases as well.