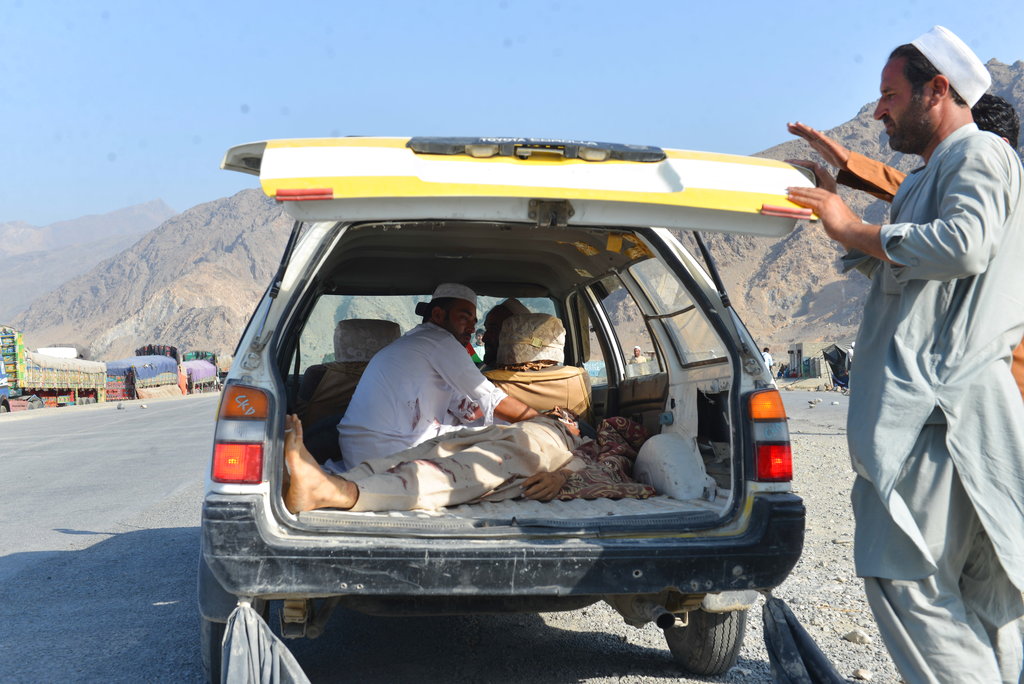 The death toll in a suicide bombing among a group of people protesting a local police commander in eastern Afghanistan has risen to 68, up from 32, provincial officials said Wednesday.

Attahullah Khogyani, spokesman for the provincial governor, said 165 others were wounded in the attack a day earlier.

The bombing happened when a group from the district of Achin came to Momandara district to block the main highway between the capital Jalalabad and the Torkham border with Pakistan.

The Taliban denied any involvement. No other group immediately claimed responsibility, but both Taliban insurgents and the Islamic State group are active in eastern Afghanistan, especially in Nangarhar province.

A local affiliate of the Islamic State group has emerged in recent years and carried out brazen and increasingly deadly attacks, most often targeting civilians and the country's minority Shiite Muslims, who it views as apostates. The Taliban and the Islamic State affiliate are enemies and have attacked each other's forces.

Both the Taliban and IS carry out near-daily attacks in Afghanistan targeting security forces and government officials.

Tuesday's attack was marked by one of the highest death tolls in attacks in Afghanistan this year. In January, a Taliban-claimed suicide bombing in the capital Kabul killed at least 103.

Afghan president Ashraf Ghani strongly condemned the suicide attack against the demonstrators in Nangarhar. In a statement, he said "attacks on civilian facilities, mosques, women, children, are all crimes against humanity."

Walizada said another officer was wounded in the Tuesday night attack in Pashtun Zargun district. He added that 10 insurgents were killed and six others wounded during a gun battle with a reinforcement unit.

The Taliban have not commented on the attack but Walizada said Taliban are active in the district and often target security checkpoints.