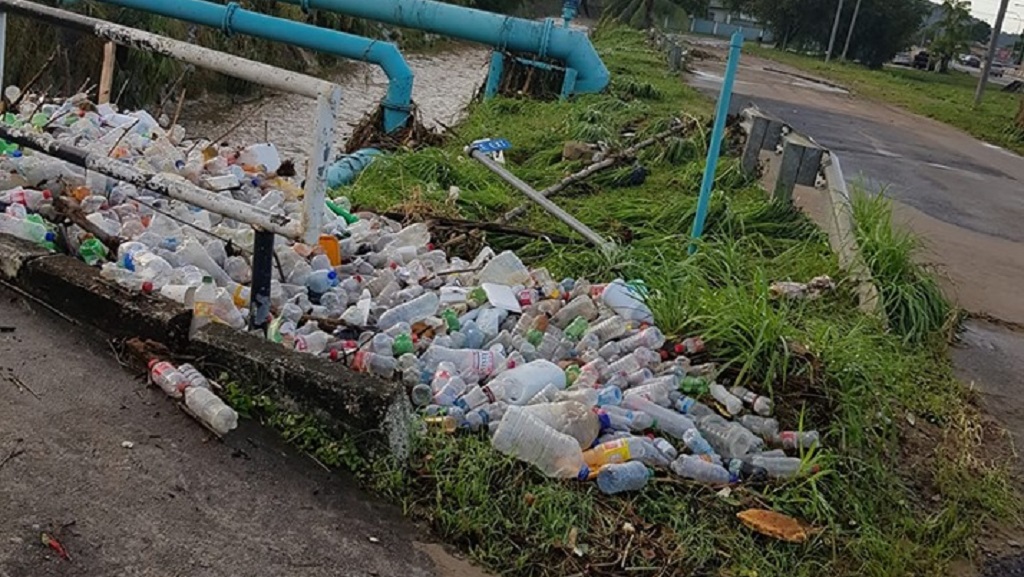 Minister of National Security Stuart Young said that government intends to bring legislation overseeing plastic beverage containers to Parliament by the end of 2019.

Young was speaking at a post-Cabinet media briefing on Thursday while updating the public on post-flooding relief efforts, following the passage of Tropical Storm Karen which caused torrential rainfall on Sunday.

Young said after floodwaters receded, photos and videos were shared online of piles of garbage, including plastic bottles and Styrofoam containers.

Young said the images were distressing and disgusting and called on citizens to be more responsible.

“The amount of littering you saw…was not only disturbing and distressing, it was disgusting.”

“We intend to bring a revised Beverage Bill back to the Parliament and to push hard for the passage of that Bill…the intention is to lay that, I believe, before the end of this year,” he said.

“But it is up to each and every one of us to stop the littering. Let us all be more responsible about our environment,” he said.

Young said Attorney General Faris Al-Rawi is working alongside the Ministry of Planning and Development which will be brought before Parliament ‘very shortly’.

Young said the effects of climate change are becoming clear for small island developing states like Trinidad and Tobago.

“Climate change is real, global warming is real.  I am seeing record levels of high tide taking place in Trinidad and Tobago. When you have a high tide meeting with rainfall it is going to back up and there will be flash flooding,” he said.

In September 2018 interview with Loop News, Utilities Minister Robert Le Hunte said he intended to bring the legislation to Parliament by the end of that year.

Barbados has already initiated the Returnable Containers Act which allows for customers to return plastic bottles, while in St Vincent and the Grenadines, Styrofoam products have already been banned.

About the Beverage Container Bill, 2012

(Note: This version of the Bill is subject to review)

The Bill will allow for anyone who sells a beverage ‘by wholesale or retail’ to collect a deposit for the item from the consumer which would be tax-exempt.

The customer would then be able to return the bottle and claim their deposit, either payable immediately in cash, or as a set-off against another purchase, or via cheque.

A list of the designated collection depots would be made available to the public and updated regularly.

In addition, the Bill proposes that manufacturers pay a 20 percent ‘handling fee’ to the operator of the collection depot based on the value of the refund on each empty container collected by the manufacturer.

Manufacturers who refuse or fail to collect empty containers are liable to a fine of $5,000 for each day on which the containers remain uncollected, under the 2012 version of the Bill.

Manufacturers must dispose of empty containers in accordance with regulations – failure to do so could result in a fine of $500,000, or up to one-year imprisonment.

Anyone trying to get refunds on containers (plastic bottles) which have already been refunded, can be fined $100 per container.

For more information on the Bill see here: https://bit.ly/2MQ1jOm