After Facebook outages, it's Twitter's time to go down 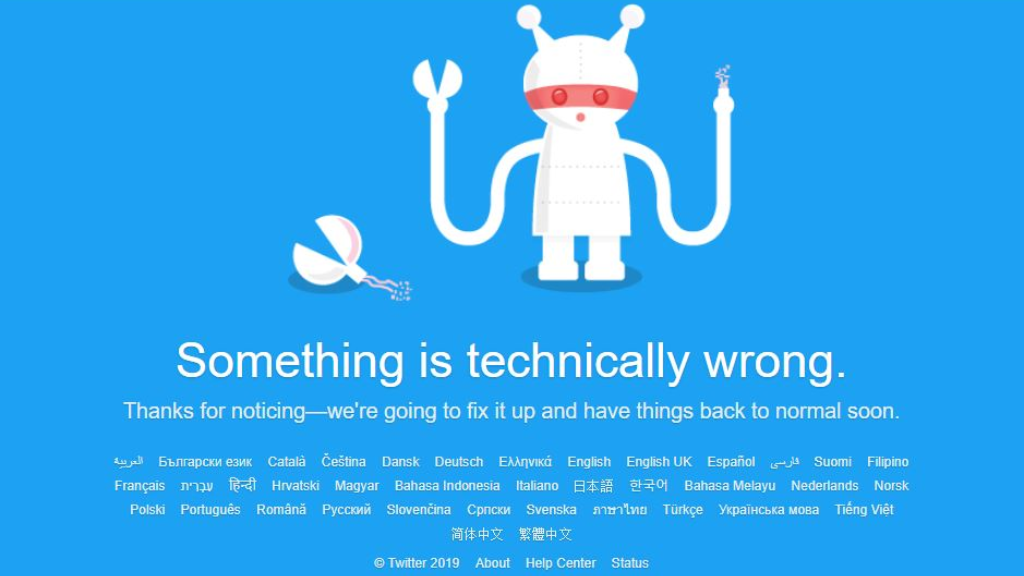 After recent Facebook outages, this time it was Twitter's turn to go down temporarily.

Website downdetector.com noted that the website began having technical issues from around 2:46 pm EDT on Thursday - service returned for some around 4:00 pm EDT.

The interruption affected both desktop and mobile phone applications, according to some reports.

A company spokesperson told Engadget that they are looking into the issue.

The outage is occurring as President Donald Trump convenes a White House conference of like-minded critics of Big Tech.

He said the subject would be the "tremendous dishonest, bias, discrimination and suppression" that certain companies practice.

Outages were widespread in Twitter's early years, so much so that a cartoon "fail whale" the company would put up during outages came to symbolize Twitter almost as much as its little blue bird icon. The whale was retired in 2013, largely because Twitter didn't want to be associated with what it represented any more. After all, outages had become far less common.

This time, Twitter's home page reads in part, "Something is technically wrong. Thanks for noticing."

OJ Simpson on Twitter: 'I got a little gettin' even to do.'