AG: DNA legislation to be brought to Parliament soon 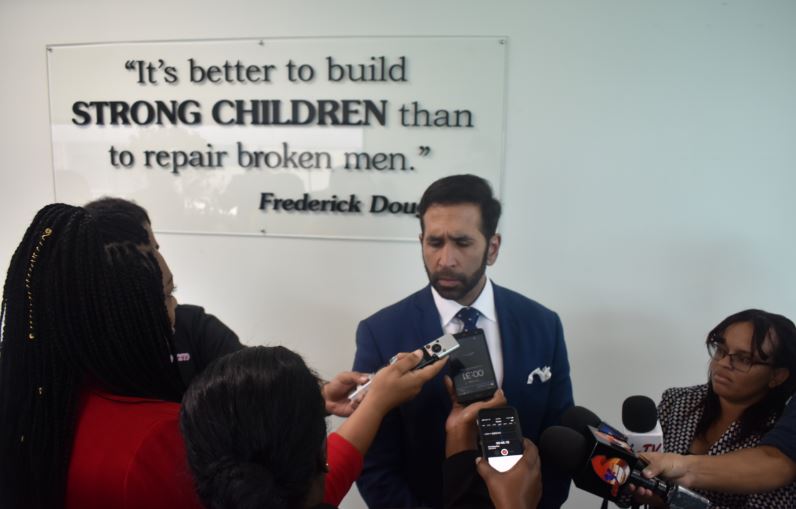 Attorney General Faris Al-Rawi addresses media at the opening of the Children Court at Elizabeth Street, St Clair, on March 6.

By next week, regulations to bring DNA legislation to life will be tabled before Parliament.

This was revealed by Attorney General Faris Al-Rawi at the opening of the Children Court in St Clair on Tuesday.

Speaking to the media, Al-Rawi noted that an estimated 15,000 DNA kits are en route to Trinidad and Tobago.

“This is why the government was so pleased to support this particular work product (the opening of the Children Court) as it marries in with all of the other legislative work we have done over the past two and a half years, including the process for judge-only trials, plea bargaining, the operationalization of DNA for the first time."

“We have had DNA laws on the books since 2000, yet we are now about to operationalize those books. So in our two and half years of government operations, we have brought to life things that have undergone 17 years of analysis paralysis and brought it forward. And this model, which also includes the implementation of a computerized system for case management, is groundbreaking to improving the pace of justice."

"So now criminal elements and the citizenry in general, will know that if a crime is committed, there will be a guaranteed accelerated trial and that a consequence will be known and known quickly,” Al-Rawi said.