AG thankful no one was injured in window bullet drama 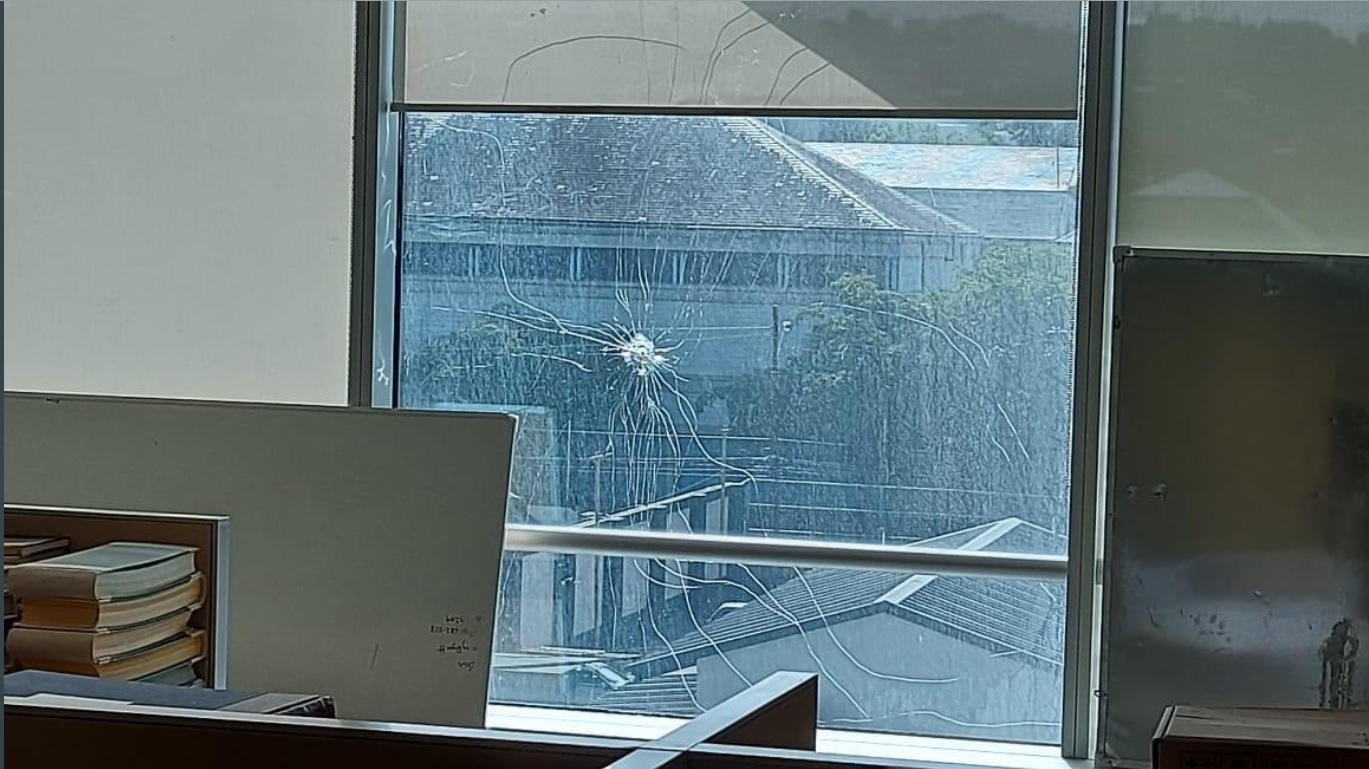 A bullet hole pierced through a window at the AG's office in Port of Spain.

Attorney General Faris Al Rawi is thankful that no one was injured at his office yesterday morning.

The office of the Attorney General and Legal Affairs at the Government Campus Plaza along Richmond Street, Port of Spain, was shot at.

Loop News was told that the incident took place at about 8.30 am yesterday.

Persons heard several explosions, following which a window on the third floor, along the eastern side of the building was observed to have a hole. Further checks revealed that a bullet had lodged in a nearby cubicle. At the time, no one was seated at the cubicle but other persons were seated nearby.

“At the time, the person was not at their desk. If they were, we may have been telling a very different story. There were other persons nearby, however. I am thankful no one was injured. Obviously, the staff was shaken for a bit, but I am proud, for they continued to work and showed greave fortitude and resolve,” Al Rawi said.

He noted that this was not the first time the Attorney General’s office had been targeted, or that his life had been placed under threat.