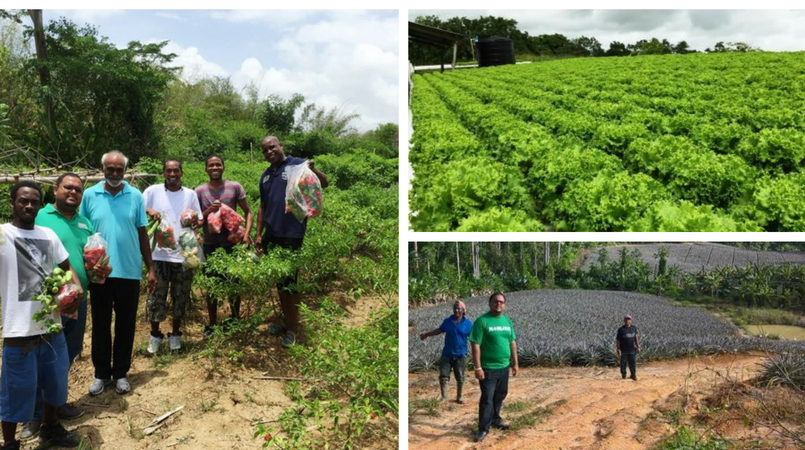 He made the call on the occasion of World Food Day which is celebrated worldwide on October 16 each year in honour of the date of the founding of the Food and Agriculture Organisation of the United Nations in 1945.

This year’s theme is “Climate is changing. Food and agriculture must too.”

Maharaj notes the effects of climate change on local food production are exacerbated by numerious challenges.

“Firm policy positions are needed to directly foster production, to build comparative and competitive advantage in value addition, but as well to regain trust and goodwill among the stakeholders of the sector.”

“Acknowledging and respecting the circumstances of rural and coastal communities and targeting limited resources in an optimal manner must be seen as reciprocal in the struggle for national food and nutrition security.”

Dry spells and floods continue to affect agricultural production as farmers’ capacity to respond is often times constrained as that response incurs a cost, relying on the State for relief.

Fisherfolk and tourism stakeholders are also witnessing warmer oceans which affect weather patterns, cause more powerful tropical storms, and can impact many kinds of sea life, such as fishes and corals, from which they obtain a livelihood, he added.

“We need to look at building the resilience of farming and fishing communities to strengthen their adaptive capacity and reduce their vulnerability.”

“The resistance to change by all of us including policymakers, administrators and consumers keeps some farmers on a treadmill of wanting to bring crops in sooner, more abundant because of the environmental issues, economics of agriculture, and social issues such as praedial larceny,” Maharaj stated.

He noted that such practices have affected the production of crops such as cocoa and coffee and with a movement towards short-term ‘cash’ crops.

“Wasting food, waste produced by the food industry (organic and inorganic) and food losses are serious indictments for which we, as a country, need to address.”

The agricultural economist recognised reports of corruption and misuse of the Targeted Conditional Cash Transfer Programme (TCCTP) or the “Food Card” with an allocation of $6 million in the current fiscal period, down from $33 million last year.

He said it was outrageous to hear such allegations, when the programme is intended to provide short-term basic food assistance to vulnerable households through appropriate targeting.

“Local food production is therefore not without its own challenges but we must find creative, innovative and attractive methods to get greater local content into the national diet. We need to bring back food production as an old time religion. Educating on, and understanding the food industry will bring people closer to the land and encourage greater respect for the men and women who feed the nation.”

“We can make conscious decisions around consumption, reducing, reusing, and recycling. When we consume food that was grown locally, we make choices that promote true sustainability; while directly supporting those who are supporting us – farmers, fishers and entrepreneurs - not foreign franchise capitalism,” Maharaj concluded.