Airports Authority, British Airways to give kids a 'Flying Start' 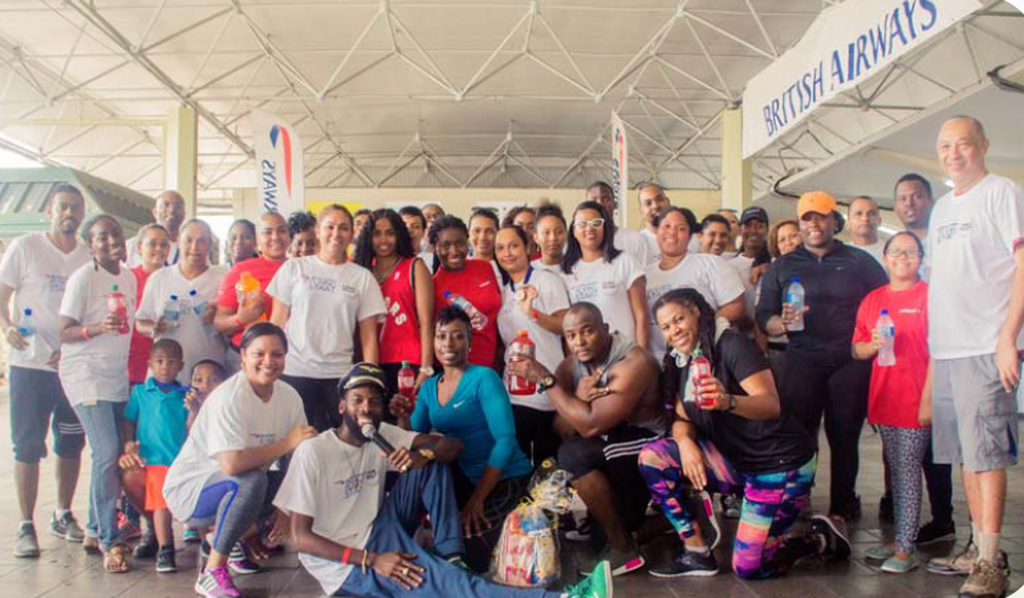 The Airports Authority of Trinidad and Tobago teamed up with  British Airways (BA) to host the British Airways Flying Start Fitness Challenge, at the South Terminal, Piarco International Airport.

'Flying Start' is a British Airways’ charity programme done in partnership with the non-profit British organisation, Comic Relief. With this programme, British Airways strives to help give children in the communities they fly to, a chance to a brighter future.

The event, which took place on April 14, brought together many agencies from within the airport community and saw a significant turnout for its first year. From the beginning to the end of the aerobic burn out exercise sessions, participants were well entertained by the certifiably limber Sunny Bling, and were pushed to their physical limits by the trainers of Hyperactive Fitness Club.

There were offers of free gym memberships, nutritional advice and numerous giveaways for all participants.

Hayden Newton, General Manager, Airports Authority of Trinidad and Tobago was pleased that the Authority could contribute to this
cause. He said that “being able to form this altruistic alliance with BA has quickened the beat of the Authority’s charitable heart. We look forward to continuing along this vein and staying true to the fulfilment of our corporate social responsibility.”

Chanel Warwick, Airport Manager for British Airways Trinidad and Tobago, also conveyed equal sentiments that, “it was indeed a successful event; one that will not be the last…it was memorable to so many and we look forward to hosting this event annually. Thanks to all of our sponsors, participants, volunteers and of course, the dynamic committee led by the Airports Authority of Trinidad and Tobago, we were able to surpass our target; 100% of which will go directly to Comic Relief."

Would you fly in this stand-up airline seat?

Airports Authority on drive to improve accessibility at airports