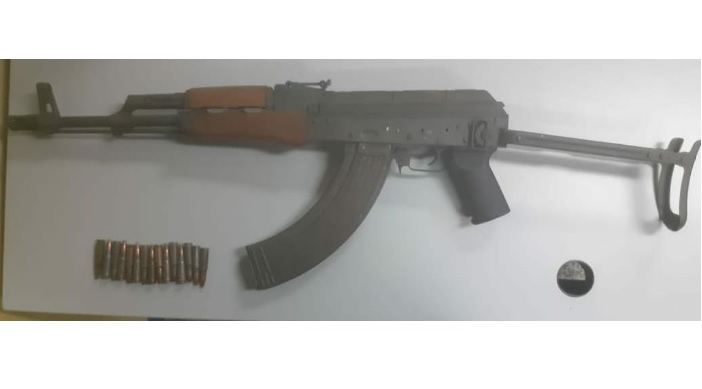 An AK47, loaded with 15 rounds of ammunition, was found and seized on Sunday afternoon in Diego Martin. The find was made in a bushy area off Bamboo View Hill, Cizan Trace, Blue Basin.

No one was arrested at the time of the find.

Loop News was told at about midday, officers of the Western Division Task Force & Western Division Operation Unit received intelligence that criminal elements were hiding guns in the community.

The officers paid surveillance to the area, following which they moved in and made the find.

This operation was supervised by Corporal Young & Khan and included PC's Clement, Frith, Christopher, Lewis, Peters amongst other officers.