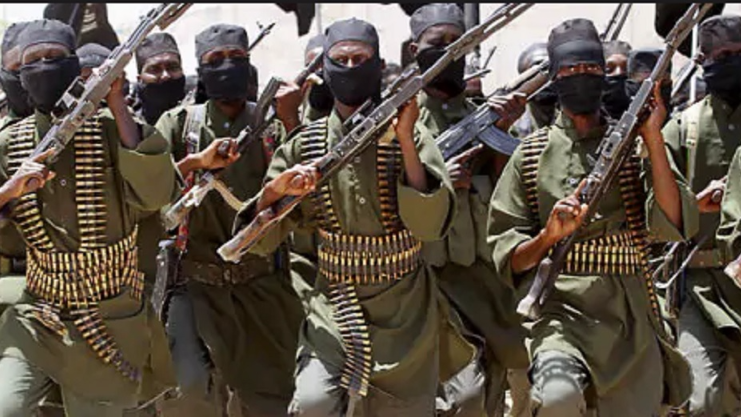 Al-Shabab extremists from neighbouring Somalia beheaded nine civilians in an early-morning attack on a village in the southeast, Kenyan officials said Saturday, as concerns grew that the group had taken up a bloody new strategy.

Beheadings by al-Shabab have been rare in Kenya, where the extremist group has carried out dozens of deadly attacks over the years. The East African country has seen an increase in attacks claimed by al-Shabab in recent weeks, posing a security threat ahead of next month's presidential election.

The al-Qaida-linked al-Shabab has vowed retribution on Kenya for sending troops in 2011 to Somalia to fight the group, which last year became the deadliest Islamic extremist group in Africa.

Saturday's attack occurred in the Pandaguo area, where al-Shabab fighters engaged security agencies in a day-long battle three days ago.

A police report says about 15 al-Shabab fighters on Saturday attacked Jima village and seized men, killing them with knives.

Beheadings by al-Shabab are not uncommon in Somalia, where the extremists carry them out on people who are believed to be enemies. The tactic also is used to terrorize local populations.

Al-Shabab in recent months also has increased attacks in Kenya with homemade bombs, killing at least 46 in Lamu and Mandera counties.

The increase in attacks presents a huge problem for Kenya's security agencies ahead of the Aug. 8 presidential election, said security analyst and former U.S. Marine Andrew Franklin. On election day security agencies will be strained while attempting stop any possible violence and al-Shabab could take advantage, he said.

There was no immediate government comment Saturday on the latest attack. President Uhuru Kenyatta has not issued any statement on the recent surge in al-Shabab attacks.

Kenya is among five countries contributing troops to an African Union force that is bolstering Somalia's fragile central government against al-Shabab's insurgency. Of the troop-contributing countries, Kenya has borne the brunt of retaliatory attacks from al-Shabab.