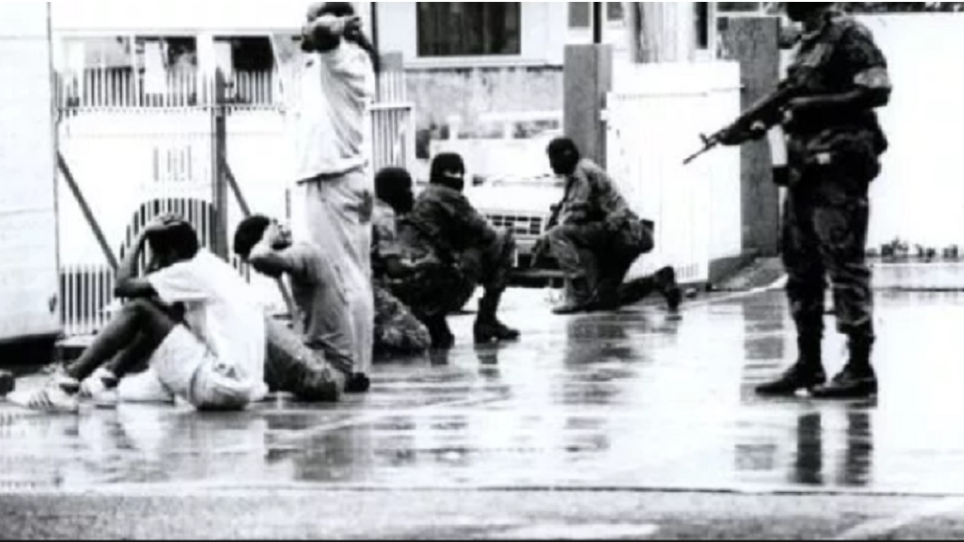 It was a terrorist attack before the Caribbean became familiar with words like terrorism, insurgents, jihad, or the phrase ‘the war on terror’.

Speaking to LoopTT on the 28th anniversary of the attempted coup of July 27, 1990, retired Brigadier General and former national security minister, Carl Alfonso, said the country’s young soldiers are more than ready to quell any extremist attacks.

Alfonso, whose son and grandson are also now members of the Trinidad and Tobago Defence Force (TTDF), said the country's upcoming generation of soldiers are more trained, more informed and more than ready to put down any insurgencies in Trinidad and Tobago.

Alfonso said that young people now have the tools to ensure that such an event never happens again.

“Our intelligence agencies are much better equipped now, both in the Defence Force and Police Service, they are not afraid of anything that may confront them. They have been training, they are prepared, and they are ready," he said.

“Most of the young soldiers and sailors and airmen and so on that we have now in the Defence Force had not yet been born. We have a whole new young generation who are just as eager to defend our country as we were.”

“They are better prepared and they are much better equipped now than in 1990. I can’t think of any group locally who would dare test them to find out if that’s true. We (the TTDF) are bigger, we are stronger, and we will not be swayed.” 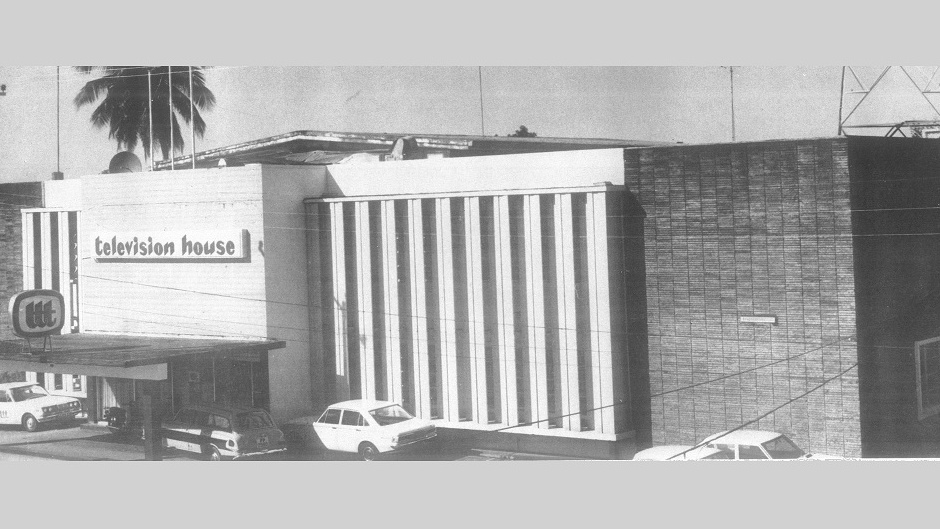 Alfonso recounted the start of the attack which began when an explosion ripped through the police headquarters in Port of Spain, while simultaneously, terrorists attacked the country’s Parliament building, television and radio stations.

“A lot of us were angry when we heard the government has been tied up and beaten. It was mind-boggling for some of us. Who could dare do something like that and hope to get away with it?”

Alfonso, who was Lieutenant Colonel at the time, said the defence force was supposed to attend a football match, but after receiving reports of the attack, Alfonso said the Support and Service Battalion (SSB) at Teteron Barracks, which was under his command, sprang into action.

“On that fateful day of July 27, 1990, all seemed well at first. Most of the Defence Force personnel were planning to go to a football match.”

“I passed home first and reports started coming in from all the neighbours, wanting to know if I had heard anything. There were no cell phones in those days, and when I was about to go to the match we got a call from a friend of mine (based in a Port of Spain school), and asked if I had heard of (the insurrection) and I thought he was joking.” 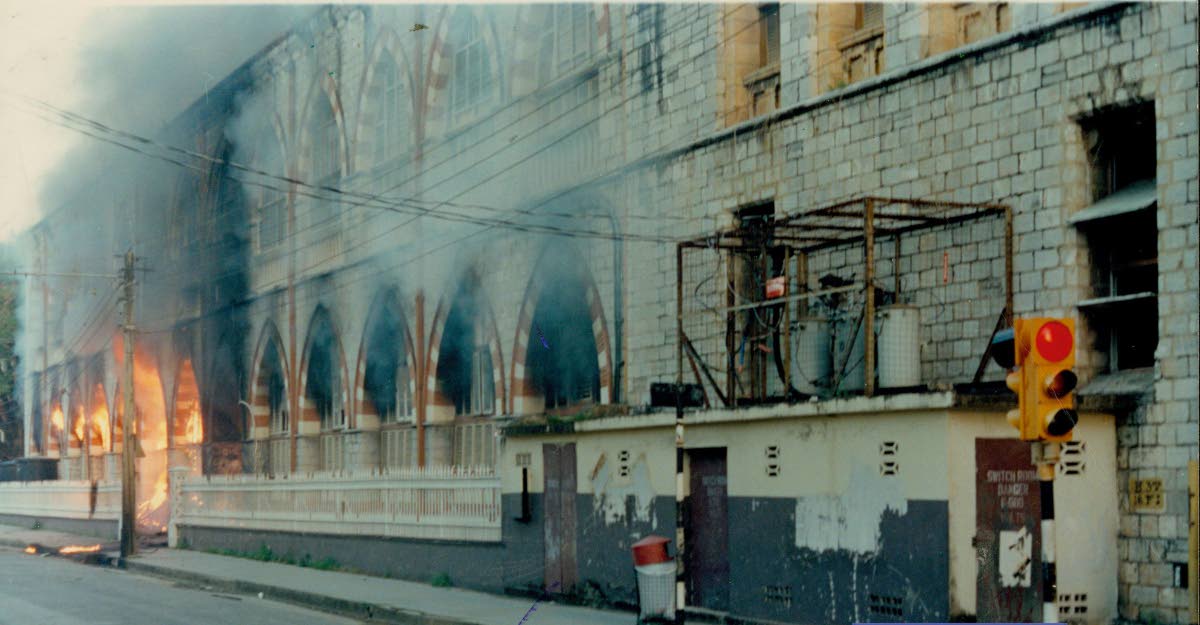 Alfonso said when he confirmed the reports, he rushed back to Teteron Barracks to ensure that the defence force was properly supplied with the munitions the defence force required to put down the insurrection.

“We sprang into action, we were excited because this was our chance to show what we were made of. I felt that all of the training that we had undergone, this was the time for us to put all those things we had practised into action.”

“None of us were scared, we were all eager to go into Port of Spain and deal with the situation. Morale was very high and a lot of the soldiers under my command didn’t report to Teteron but Camp Ogden which was close to the Stadium, so there was a mad rush to get into Camp Ogden and do what was necessary.”

Alfonso’s foresight of an anticipated firefight led him to send an extra 50,000 rounds of ammunition as well as 30 B300 rockets (Bazookas) to the First Battalion, heavy artillery the likes of which Trinidad and Tobago had never seen before.

“I sent up about 50,000 rounds of additional ammunition. I knew that we would have to get into a firefight and I knew we would need extra support. We sent it up via the Coast Guard from Staubles. I also sent up 30 B300 rockets, this was heavy artillery that could do serious damage to most buildings and would make a hell of a noise,” he said.

That night Prime Minister Arthur N.R. Robinson uttered his fateful command to ‘attack with full force’ after he was asked to tell soldiers to stand down.

Robinson was shot in the leg and gagged for his defiance.

Nevertheless, Alfonso said his officers were determined to bring down the insurrection by whatever means necessary.

“We had to stamp our authority. We knew that lives would be lost, in fact we had heard that lives had been lost when they stormed the Red House, and we knew we would have to go in there and do what we were trained to do.”

“We heard (conflicting reports) that the Prime Minister had been injured, we heard that he had been killed…all we knew was that we had to take down these insurgents and do what we had been trained to do.”

“Here was a small group trying, or testing the might of the defence force and the police service combined. That was a foolhardy thing to do. I don’t know what their next move was going to be but I know what ours was. We were stamping our authority and getting rid of these insurgents.”

On August 1, Emancipation Day, hostages at the Trinidad and Tobago Television station and the Red House were released, and the Jamaat surrendered.

Alfonso made arrangements on instructions from Colonel Brown for 114 of the insurgents to be kept in prison at the former Fisheries Compound at Chaguaramas.

Alfonso added that he was ‘bothered’ by the fact that although causing many deaths and millions of dollars in damages, none of the Jamaat were killed.

“Not one single member of the Jamaat was killed, however many civilians were killed. That bothered me then and it continues to bother me,” he said.

He added that while there is now information that Trinbagonians are travelling to terrorist regions, they must be monitored upon their return.

“We can’t stop them from coming back to the country, but I would hope that they are being continually monitored by our intelligence agencies. We don’t want them to come back here and share their (extremism) to other youngsters,” he said.

As for any other groups thinking of carrying out a similar act, Alfonso’s response is firm: don’t even think about it.

“I would hope those persons that have that feeling, that they would change their minds because there are a lot of young soldiers who heard of what happened in 1990 who are ready and maybe even eager to show anyone who dares, what they were trained to do and what they can do. They are not afraid,” he said.

Alfonso said on Friday he and his family, friends and fellow soldiers would utter a quiet prayer for those who were killed, and their families.

Of the 114 terrorists who took part in the 1990 attack led by Imam Abu Bakr, some of them were: