Allegri: Juventus must be plugged in after Roma defeat 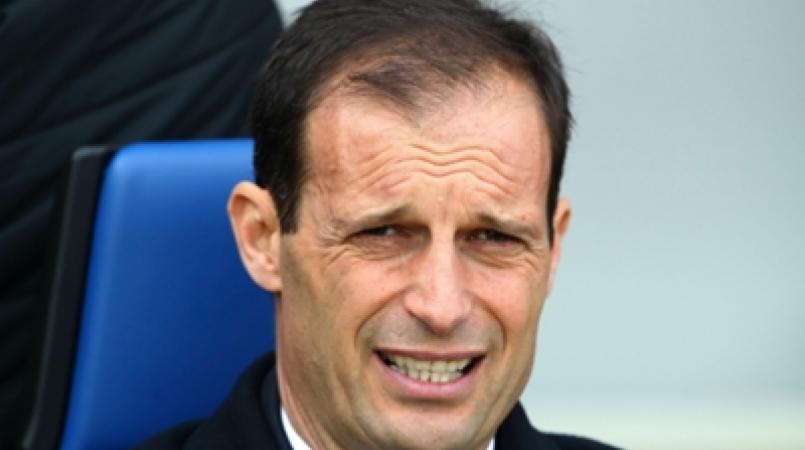 After failing to clinch the Serie A title for the second week running, Massimiliano Allegri hopes it serves as a wake-up call for Juventus.

Massimiliano Allegri wants Juventus to ensure they are "fully plugged in" for the final weeks of the season after a 3-1 defeat at Roma on Sunday.

Juve went into the match knowing that one point would be enough to secure a record sixth successive Scudetto.

Mario Lemina, in as one of six changes Allegri made to the side that booked a place in the Champions League final with a 2-1 win against Monaco on Tuesday, put them on the right track with his first goal of the season.

Juve will claim the title with victory at home to Crotone next weekend, but they have the Coppa Italia final against Lazio up first on Wednesday.

Having failed to clinch the league title for the second straight matchday, Allegri hopes the defeat serves as a wake-up call.

"It was a good first half, with both teams very aggressive and determined," the Juve boss told Mediaset Premium.

"In the second half we conceded a strange goal on the counter-attack from our own free-kick.

"I think we let our guard down and thought we'd done enough to get home with the result. The fact we drew with Atalanta and Torino, then lost here, it shows we've lost something in terms of concentration.

"At least it'll be a wake-up call ahead of the Coppa Italia final against Lazio. We had a good first half, we just needed to stay organised.

"This wasn't entirely unexpected, but it wasn't expected either.

"We need to make sure we're fully plugged in for the remaining weeks of the season."