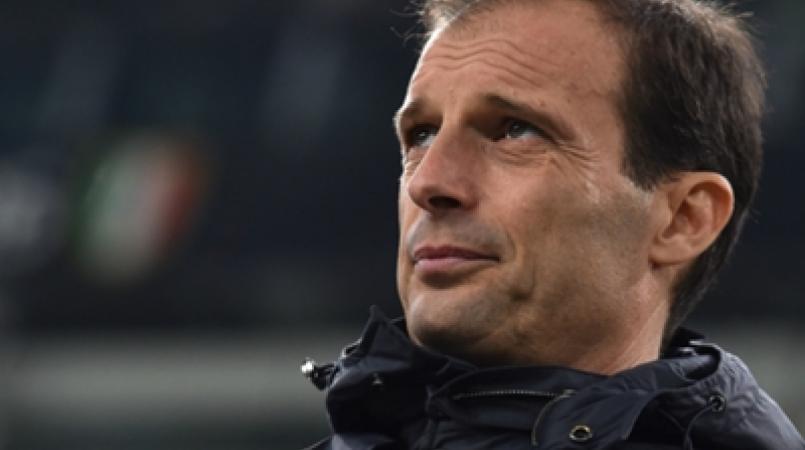 It is time for Juventus to "grab the bull by the horns" and end the Serie A title race, according to Massiliano Allegri.

Massimiliano Allegri has urged Juventus to bring an end to the Serie A title race once and for all against Crotone on Sunday.

The reigning champions needed only a point in their last outing against Roma to guarantee a sixth title in a row, but a 3-1 defeat forced them to postpone the celebrations.

A win for Roma against Chievo on Saturday would leave Juve requiring a win to prevent the Scudetto battle from continuing until the final day of the season.

With the Coppa Italia in the bag after Wednesday's 2-0 win over Lazio and a Champions League final to come against Real Madrid on June 3, Allegri wants the second part of a possible treble to be secured.

"We must win the Scudetto tomorrow," he said in a news conference on Saturday. "We come out of the Coppa final with an amazing result as nobody had ever won three in a row, and that has given us great strength to go forward.

"The team had two good training sessions. [Sunday] will see a great performance and it will be the one that wins the Scudetto.

"Crotone have put together 17 points in their last seven games, I think 10 points from four away fixtures, they have conceded very few goals and are extremely dangerous on the counter-attack.

"The team has to play calmly but also with the determination we saw after the defeat to Roma. I told the boys that we're sick of the sight of each other, so let's win the Scudetto and have some time off!"

Sami Khedria has been recalled to the matchday squad after missing the last two games with a thigh muscle injury, but Allegri says the Germany international will not feature.

Paulo Dybala and Claudio Marchisio are both to be included in a strong starting line-up, however.

"We're in a wonderful moment of the campaign. We need the fans to be behind us, as it's the most important game of the season, the one that decides the Scudetto.

"This is the moment when we have to grab the bull by the horns."

Allegri: Juventus must be plugged in after Roma defeat

Allegri: Juventus not perfect yet