Allyson Felix named to US 4x400 relay pool for worlds 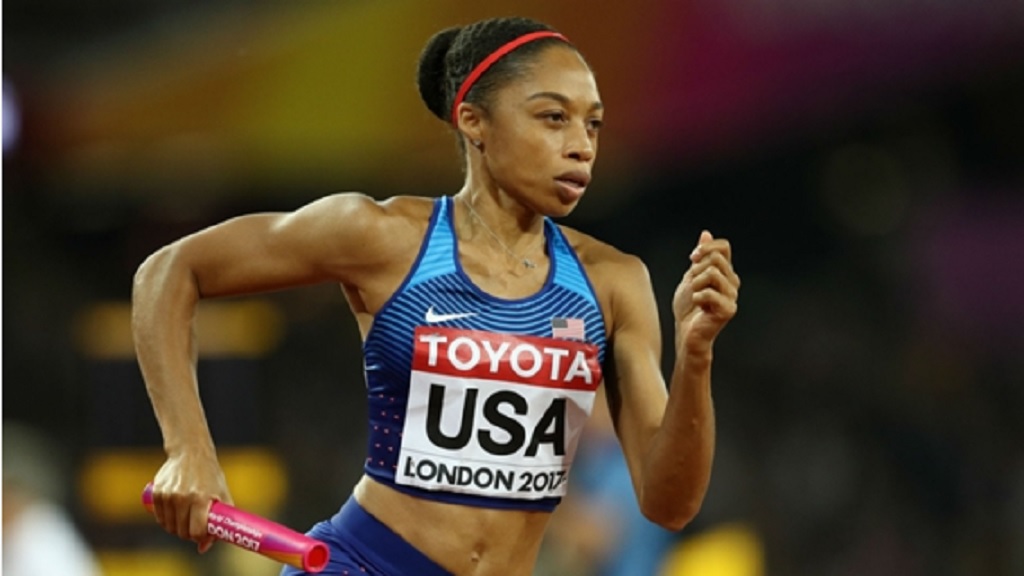 Decorated US sprinter Allyson Felix will be part of the 4x400 relay pool for the world championships as she rounds into elite form after giving birth.

The American squad bound for the world championships in Doha, Qatar, was announced Monday by USA Track & Field. It includes eight reigning world champions and 55 Olympians. The championships run from September 27 to October 6 at the air-conditioned Khalifa Stadium. That will come in handy with the temperatures during the event expected to hover around 100 degrees Fahrenheit (38 Celsius).

An 11-time world champion, Felix won't compete in an individual event after finishing sixth in the 400 at the US championships two months ago. Her performance earned her a place in the 4x400 relay pool as the Americans try to defend their title. The 33-year-old Felix's race at nationals was her first since giving birth to her daughter last November during an emergency C-section.

Felix's aim is to be back in top form for the Tokyo Games next summer.

One of the most anticipated races at worlds will be the 200 meters, featuring a showdown between Christian Coleman and Noah Lyles in what could be a sneak peek ahead to the Tokyo Olympics. Coleman, who's also a favorite in the 100, is eligible for worlds and next year's Olympics after the US Anti-Doping Agency dropped his case for missed tests due to a technicality.