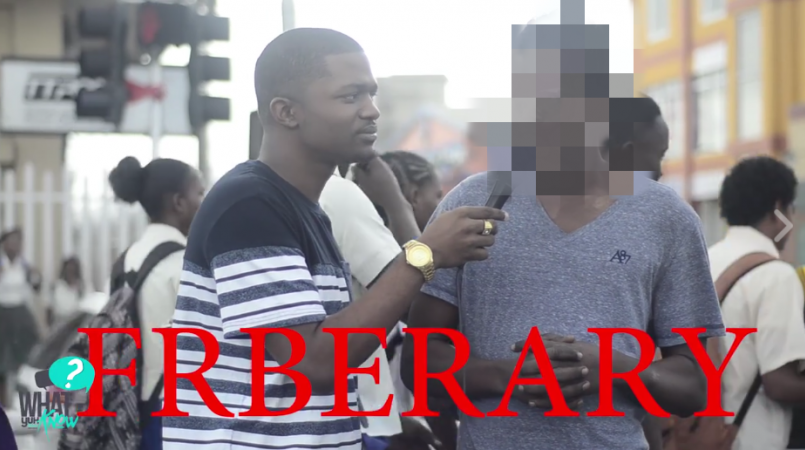 A controversy over the new “What Yuh Know” video series is unfolding between the series’ producers and the Adult Literacy Tutors Association of Trinidad and Tobago (ALTA) over social media.

ALTA has taken issue with the show as it says the video, which has a “man on the street” type structure, subjects “specially” selected participants “who answer incorrectly” to ridicule.

The Association in a Facebook post claims that one of its students, an ALTA Level One pupil was featured on one of the episodes. He was asked to spell a word, but was unable to spell it correctly and he was shamed, it says.

ALTA says he has not returned to his ALTA class or his workplace since.

“We are trying to contact him to encourage him to return to ALTA,” it states.

In a very pointed response, the “What Yuh Know” producers sought to set the record straight on ALTA’s “ignorant and quite myopic statements”, denying that its show is meant to ridicule anyone.

“We in no way go out there with the intention of “ridiculing” individuals and just as other shows such as “Bar Tab” or “Questions” it is for the sole purpose of entertainment."

The series’ producers suggest that the reason for ALTA’s post stemmed from its denial of the Association’s request to change the format of the show, to produce content “for the satisfaction” of ALTA.

“Had we agreed to feature your organisation, we are pretty sure you would not start any social media uproar.”

“What Yuh Know” says it will continue to produce its show in its current format.