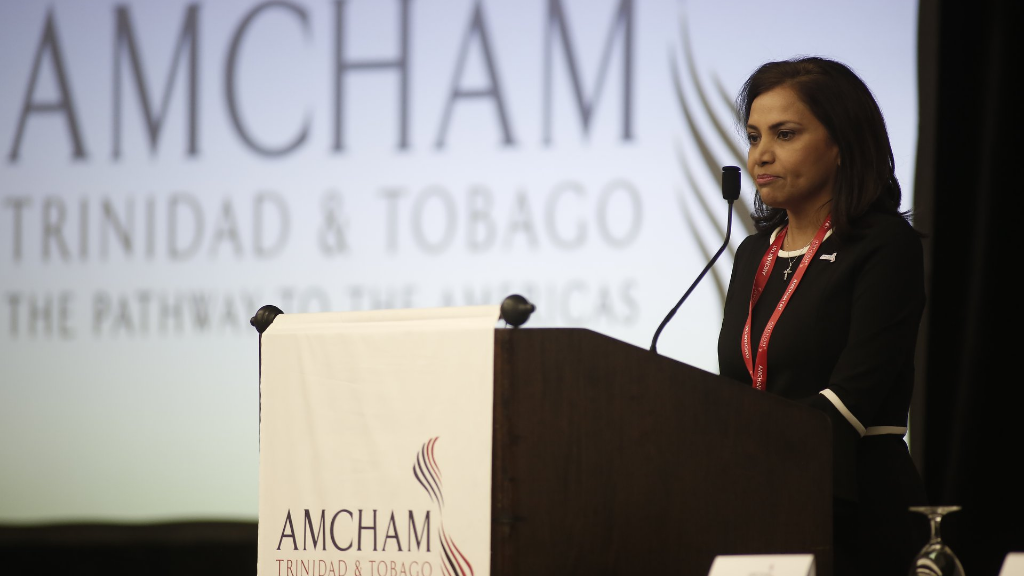 Amendments to the Public Procurement and Disposal of Public Property Act will leave room for corruption.

This from the American Chamber of Commerce of Trinidad and Tobago (AMCHAM T&T) which has expressed disappointment in Government’s decision to proceed with amendments to the Act.

The amendments would limit the authority of the Procurement Regulator in treating with Public Private Partnerships and government to government transactions.

AMCHAM T&T President Patricia Ghany endorsed the call from the Private Sector/Civil Society Group (PSCSG) to scrap the proposed amendments to section 7(2) of the Act.

The PSCSG also urged Government to proclaim the sections of the legislation that do not require the proclamation of the law’s regulations.

Ghany echoed the group’s sentiments while delivering remarks at the Chamber’s Economic Outlook Forum at the Hyatt Regency Hotel and Conference Centre on Thursday.

She said it was AMCHAM T&T’s position that the proposed amendments will put the country in a disadvantageous position and leave much room for corruption.

The Chamber has made repeated calls for the urgent implementation of the legislation.

Ghany stressed that oversight on these crucial processes were necessary as this was closely related to creating a “truly fair and transparent society”.

She called on Government to immediately proclaim the legislation, as she noted that there have been too many delays in implementing the much-needed procurement law.

“There should be no more delay in proclaiming the sections of the Act which do not require proclamation of regulations. We can all agree that we need a fair and transparent society – let’s put that vision into action. Let’s start building the society we want today.”

Government intends to bring the legislation back to Parliament to amend Section 7. If the amendments are passed, this would place government-to-government arrangements under the purview of the Office of Procurement Regulation.

Finance Minister Colm Imbert is on the record as saying that the legislation will be back in Parliament "some time in February" and implemented by March.

Procurement board appointment a 'step in the right direction'

Imbert assures Public Procurement Act to be enforced in 2017