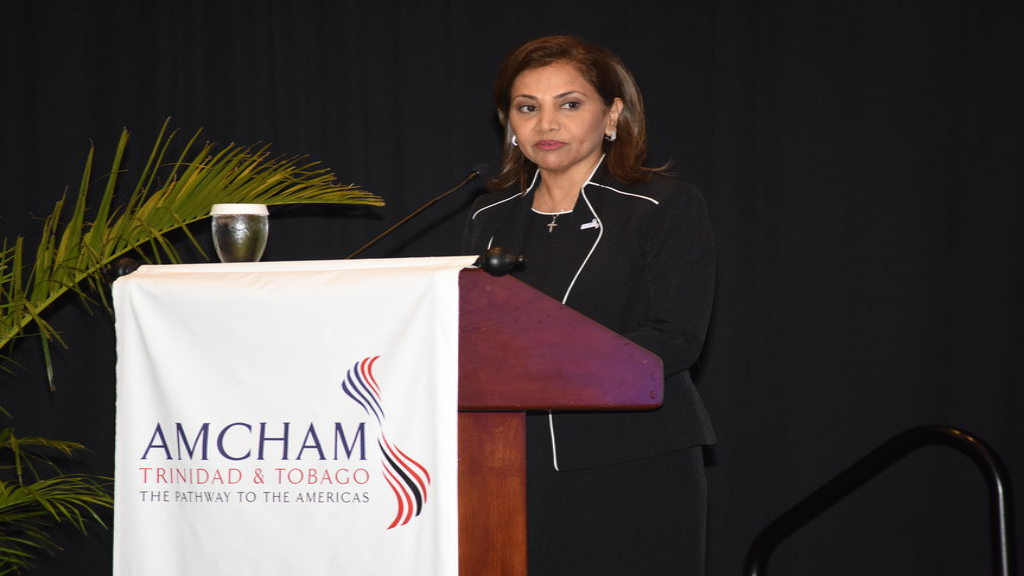 The American Chamber of Commerce (AMCHAM) has expressed concern over Government’s decision to increase spending by $3B while revenue remains depressed.

At the business chamber’s post-budget forum at the Hilton Hotel and Conference Centre on Wednesday, AMCHAM President Patricia Ghany said the idea that government spending will lift the economy is not supported by the facts.

She said the reality of the situation is that the opposite may hold true.

“Continuing to fund non-productive sectors of the economy and inefficiencies in various parts of the value chain, only make it harder for productive activities to flourish.”

“By spending money on things that don’t generate revenue and by funding systems that are inefficient, it is harder for income-generating activities and initiatives to bear fruit.”

Ghany urged restraint on government spending for fiscal 2020, unless the revenue assumptions are realised.

To achieve this revenue, she said the revenue authority must be established and operationalised in an effective manner.

Equally important, the AMCHAM President said, was the full and immediate implementation of the procurement legislation.

Included in the legislation, Ghany said should be regulations covering the disposal of government land and government to government contracts along with an e-registry of public contracts.

This, she said, will go a long way to fighting corruption and improving the value derived from government spending.

Meanwhile, the AMCHAM President noted that the tech industry remains a major untapped pillar for a diversified economy.

She encouraged government to look toward the tech industry as a revenue earner as T&T works to move towards an economy less reliant on oil and gas revenues.

“We have long said that greater investment in the tech industry can attract both local and foreign investment and increase competitiveness.”

Speaking a day earlier at another post-budget forum, the Finance Minister, who said he was not a "technical" person encouraged those in the tech industry with ideas to submit proposals to government.