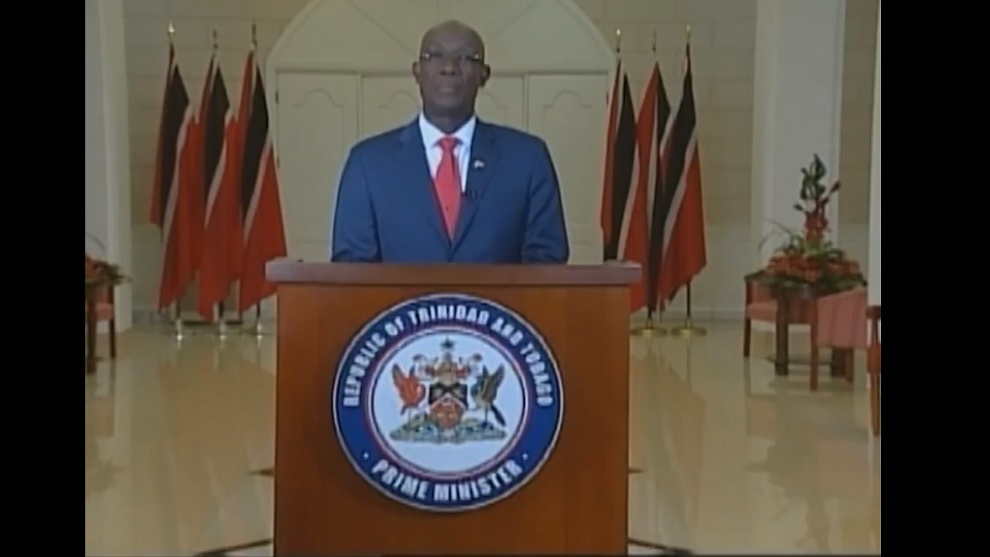 The American Chamber of Commerce of Trinidad & Tobago (AMCHAM T&T) has issued a response to Prime Minister Dr Keith Rowley's address to the nation and has called for more details on the Government's plan to treat with crime and other issues.

AMCHAM, in a statement issued on Monday, said it was pleased with the Government’s effort to keep the population informed about the current state of the nation’s economy.

It said, however, that while the Prime Minister outlined several crucial matters in his address, more information is required.

“We acknowledge that the Hon. Prime Minister outlined several critical issues in his address and intentionally dealt with the macro-issues. Moving ahead, we look forward to more specific information on many of the initiatives proposed by the Government, including those that will deal with the ongoing crime scourge mentioned.”

“We also appreciate the Hon. Prime Minister’s call for all sectors of the society to work together to overcome the country’s challenges. In this vein, more meaningful engagement is required to arrive at the best solutions in the shortest possible time.”

The American Chamber of Commerce also expressed its hope that both the Opposition and the Government would collaborate to allow T&T to be internationally competitive.

“AMCHAM T&T would also like to see more bi-partisan co-operation in the Parliament, as this will be a critical component of ensuring that our legislative framework is suitable for the changing global economy. In this regard, AMCHAM T&T remains ready to engage with and assist the Government in any way needed as we all work towards economic stability, leading to socially inclusive growth and prosperity.”

AMCHAM said the timely delivery of clear, accurate and detailed information is critical for investor confidence and is characteristic of a Government that is committed to transparency, accountability and good governance in all its affairs.

The Chamber also said it recognises that the Government has reduced Government expenditure since coming into office. It called for the regulations of this effort to be made public.

“We encourage them to now enact fiscal rules (detailed in our budget submission) for Government spending to ensure discipline, rigour and accountability. We understand that managing an economy in the current economic climate is challenging, and acknowledge that hard decisions must be made as we restructure our economy to be competitive in today’s world.”

PM to deliver address to the nation on Sunday