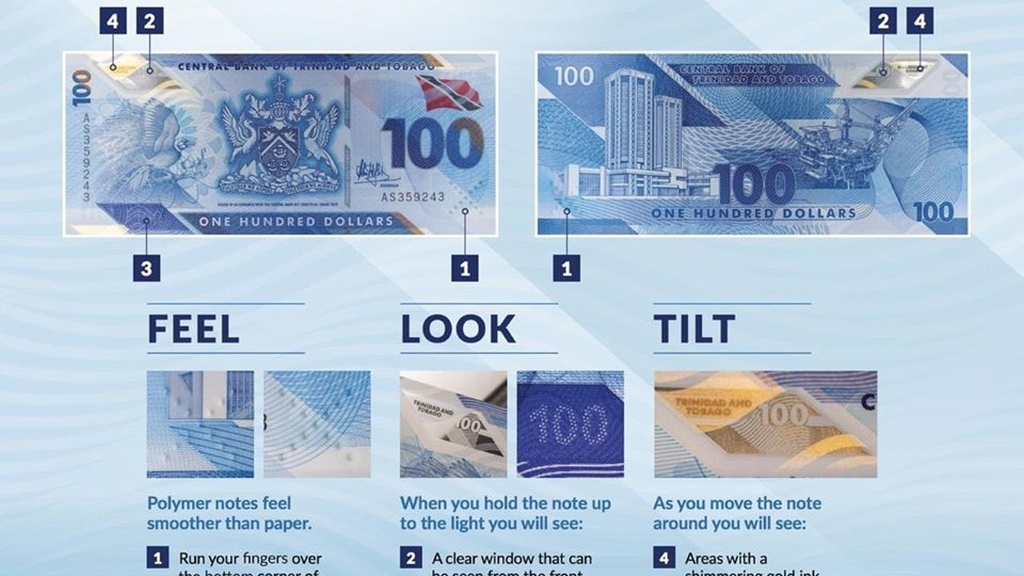 There will be a grace period for people whose special circumstances did not allow them to change their old $100 bills to the new polymer bills during the stipulated timeframe.

In his introduction to the Proceeds of Crime and Central Bank Bill in Parliament last night, Minister of Finance Colm Imbert said people who are out of the country, ill or bedridden and were unable to change their old bills will have up to three months after the appointed date to change them.

He said under the new clause, the Central Bank will be allowed to accept the notes presented three months after the appointed date if it is satisfied that there were good or sufficient reason for failure to exchange the notes.

Imbert said that from the date of notice by the Central Bank to the appointed date, citizens can use both the old paper notes and the new polymer notes. At the end of the period, which will be announced, only the new $100 bills will be allowed.

The new legislation will also reduce the notice period of the Central Bank from three months to 14 days.

In his contribution, Minister of National Security Stuart Young said the demonetisation of the $100 bill is being implemented to fight money laundering including the financing of drugs, narcotics, and illegal firearm trade. He said it will also deal with the dirty money economy and corruption.

He said the new polymer notes will have additional security features.

He revealed that they recently cracked a counterfeiting ring where one dollar paper notes were being bleached and reprinted to look like $100 notes.

“You can’t do that very easily with polymer,” he said.

Young also said the new notes will have braille to help the visually impaired.

Addressing concerns that Trinidad and Tobago might end up like India, where demonetisation ended created financial chaos, Young said one problem in India is that there were not sufficient notes to replace.

“We in Trinidad we are not backward people. In the sitting down and planning for the implementation of this, we met with the international experts and we will learn from the mistakes others made.  I give the population the assurance that the replacement notes for the existing notes in circulation are available and will be available,” he said.

He said India in 2017 had a population of 1.339 billion people while T&T has 1.3 million which is incomparable. He said they looked at the Mauritian example as that country is much more similar to T&T in population size and composition.

The Bill was passed with 31 votes and will be debated in Senate.