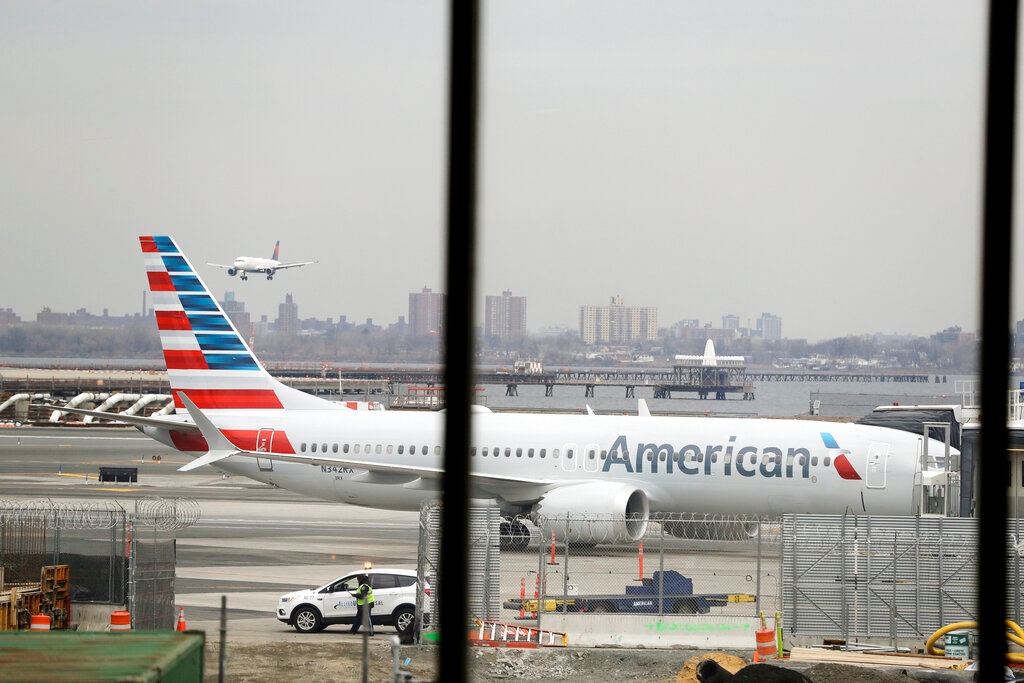 American Airlines is extending by over a month its cancellations of about 90 daily flights as the troubled 737 Max plane remains grounded by regulators.

American said Sunday it is extending the cancellations through June 5 from the earlier timeframe of April 24. The airline acknowledged in a statement that the prolonged cancellations could bring disruption for some travelers.

The Boeing-made Max jets have been grounded in the U.S. and elsewhere since mid-March, following two deadly crashes in Ethiopia and Indonesia. Airlines that own them have been scrambling other planes to fill some Max flights while canceling others.

American Airlines Group Inc., the largest U.S. airline by revenue, has 24 Max jets in its fleet. The Ft. Worth, Texas-based airline said it is awaiting information from U.S. regulators and will contact customers affected by the cancellations with available re-bookings.

Boeing and the U.S. Federal Aviation Administration said last week the company needs more time to finish changes in a flight-control system suspected of playing a role in the two crashes. That means airlines could be forced to park their Max jets longer than they expected.

American said Sunday that by canceling the flights in advance, "we are able to provide better service to our customers with availability and re-booking options," and to avoid last-minute flight disruptions.

American's reservations staff will contact affected customers directly by email or phone, the airline said. "We know these cancellations and changes may affect some of our customers, and we are working to limit the impact to the smallest number of customers," the statement said.

Boeing said Friday that it will cut production of the Max jet, its best-selling plane, underscoring the mounting financial risk it faces the longer the airliner remains grounded.

Starting in mid-April, Boeing said, it will cut production of the plane to 42 from 52 planes per month so it can focus on fixing the flight-control software that has been implicated in the two crashes.

Preliminary investigations into the deadly accidents in Ethiopia and Indonesia found that faulty sensor readings erroneously triggered an anti-stall system that pushed down the plane's nose. Pilots of each plane struggled in vain to regain control over the automated system.

In all, 346 people died in the crashes. Boeing faces a growing number of lawsuits filed by families of the victims.

The announcement to cut production came after Boeing acknowledged that a second software issue has emerged that needs fixing on the Max — a discovery that explained why the aircraft maker had pushed back its ambitious schedule for getting the planes back in the air.