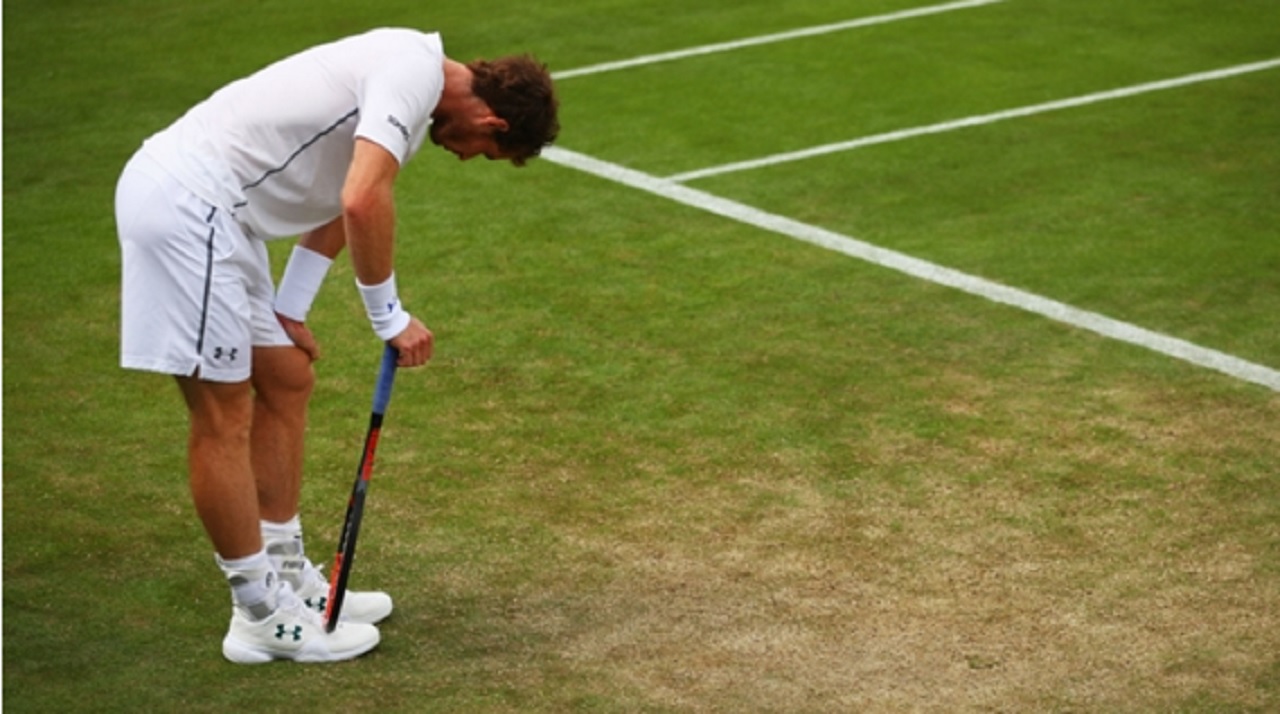 Defending champion Andy Murray during a practice session at Wimbledon.

Andy Murray came through practice at Wimbledon on Friday before discovering that he will face lucky loser Alexander Bublik in the first round of his home grand slam next Monday.

Murray has been troubled by a hip injury that prevented him from playing in two exhibition matches at the Hurlingham Club this week.

The world number one was able to step up his preparations at the Aorangi Park practice courts and on court nine at the All England Club three days before the third grand slam of the year gets under way.

Murray looked in some pain as he was put through his paces, but was able to get through his work at SW19 amid concerns over his fitness for Wimbledon.

The top seed learned that he will face the 134-ranked Kazakh Bublik on Centre Court on day one of the tournament.

Bublik described the draw as the biggest stroke of luck of his life after his place in round one was confirmed.

Murray is in the same half of the draw as French Open champion Rafael Nadal and could take on Stan Wawrinka in a repeat of the recent semi-final at Roland Garros, which was won by the Swiss.