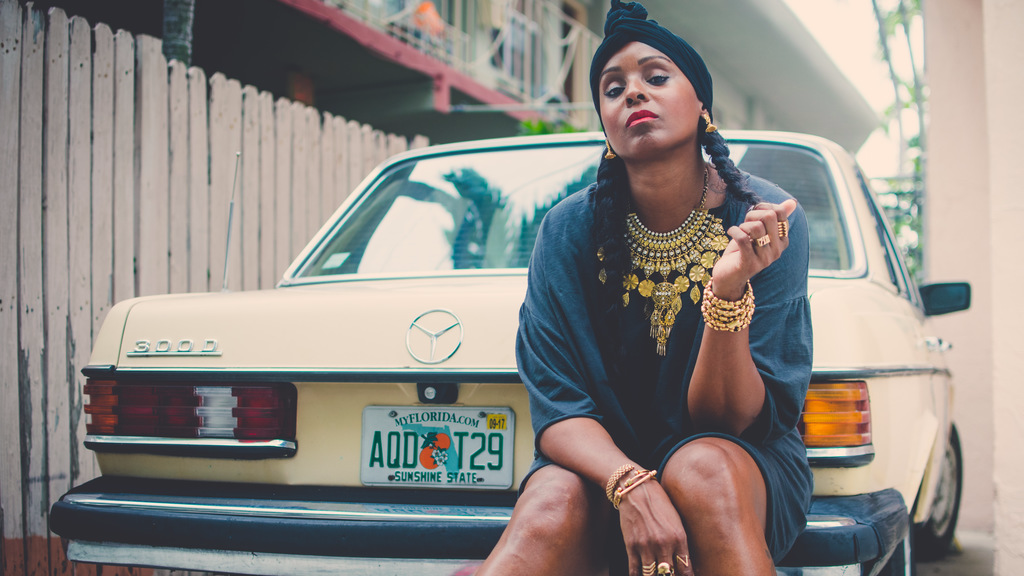 After being the engine behind some of the baddest names on the international music scene and creating a song that rivals the Star Spangled Banner for the title ‘anthem’ in New York, Angela Hunte is dropping a hit album all her own.

“People want to do the same songs the same way wear the same clothes over and over. I can’t stand that. I have to evolve," she told Looptt.

Before you go crazy thinking that this means no more soca, think again. 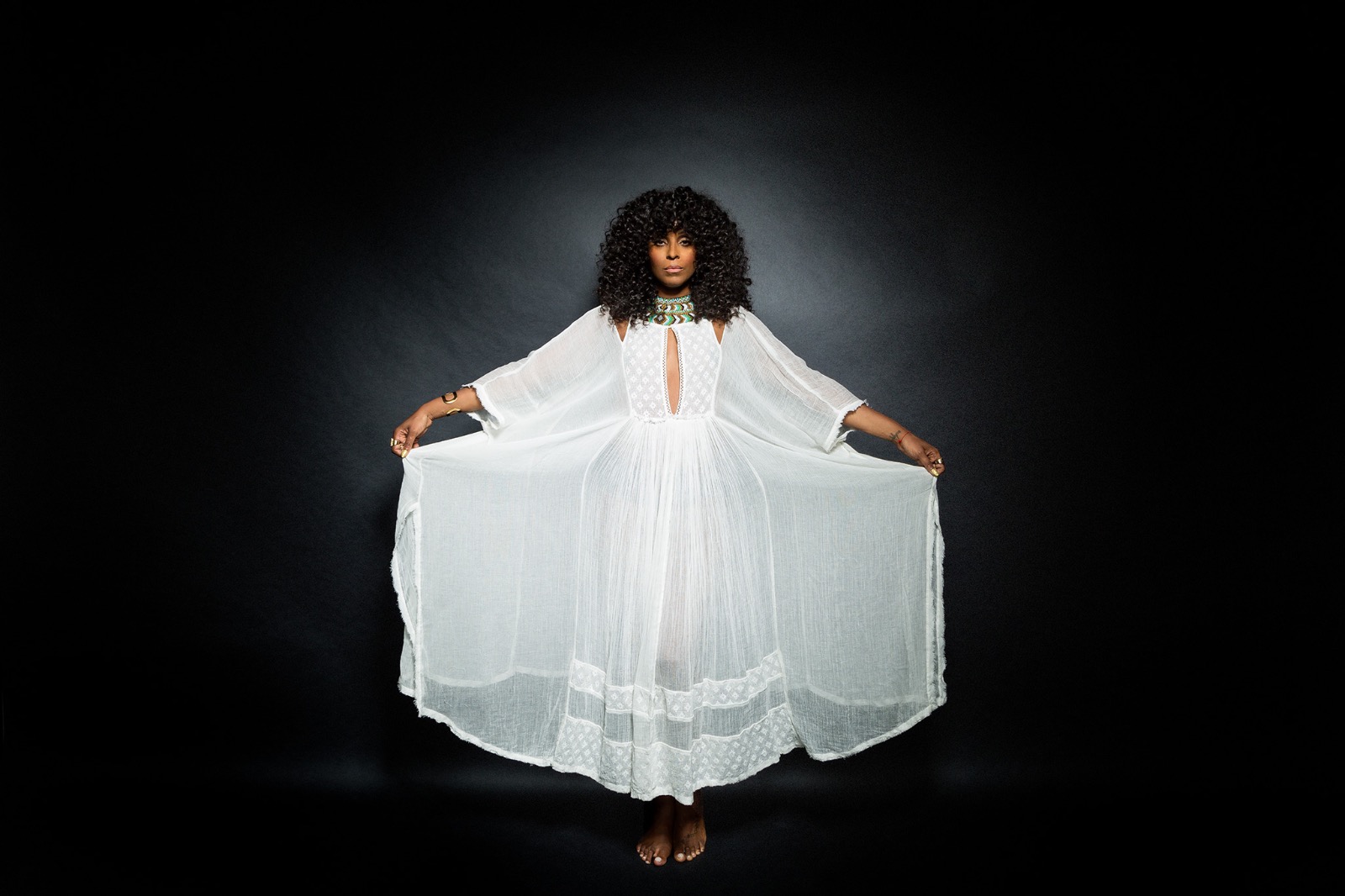 Although Hunte always holds firm to her culture she describes herself as a genre-less artiste. Claiming influences such as Gregory Isaac’s Live in London album and her own time spent there in the country, R.A.W is reminiscent of the ska, rockers generation when the sound system ruled mixed with the pop she is so known for wrapped in a ‘Jamaican inna London-town’ stylin’.

Best of all, the album doesn’t feature the contrived Jamaican accent we seem to be hearing creeping into urban music these days.

“I’m not Jamaican and I’m not trying to be at all but one of the first genres I wrote to was Reggae music and I have always loved reggae music. The album’s music is cultured but I stick to being me and the more you try to be yourself, the more it resonates with people," she said.

R.A.W which stands for ‘Reasons and Words is the first release in a trilogy. 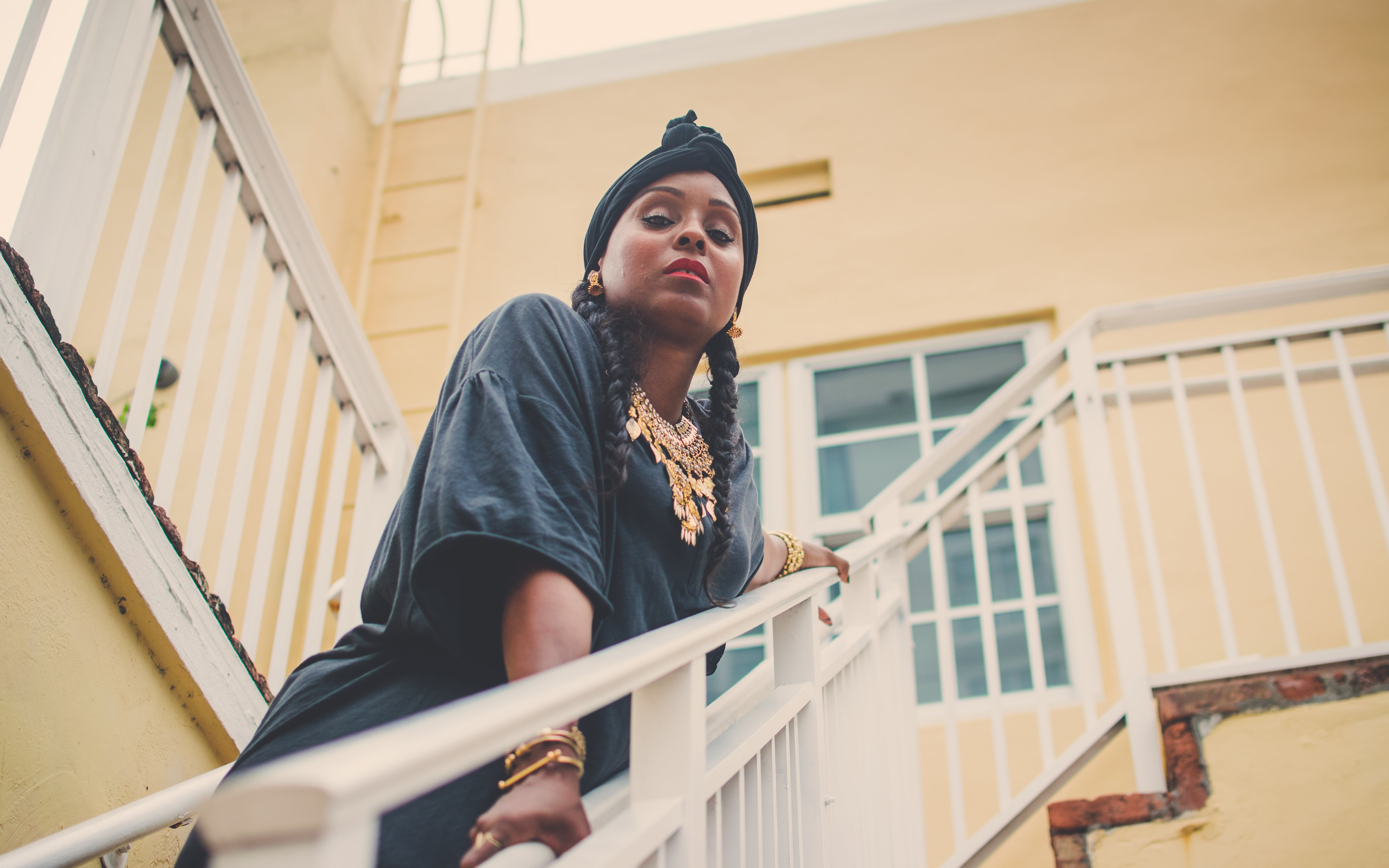 Credited heavily for her work in hip-hop and pop with artistes such as Jay-Z, Brittney Spears, Alicia Keys, Naps, Diplo, Diddy, Snoop and Amy Winehouse, Hunte threw her hat into the Soca ring two years ago with "Party Done" and ran away with the hearts of Trinidadians who are known to be one of the toughest audiences to please.

Never a one-hit wonder, the next year she returned with the groovy offering, "Mon Bon Am" which took the country by storm and was named one of the best songs of 2016 by NPR. For some, this new venture may seem like a Trini jumping the Soca ship but Hunte maintains she is driven by a need to create and evolve into her most holistic self.

“It's WAR spelt backwards,” she said of the album's title. "It’s felt like I been at war my entire career. Someone was always battling and taking something from me. Being a black female at the time I started out in the industry was tough. I had to start peeling layers of bitterness and everything I endured and became RAW. I’ve started over.”

Since the Sound System days when artistes like Sister Nancy lived on the mic, nothing has been as fearsome as a woman on the mic. Hunte has the skill to light any dancehall on fire with quick rhymes on any beat and she gives it on this album. Be it the bubblegum lovers rock of "Runaway Love" or the militant sound system skank of ‘"Life Ain’t Over" and "Rub Dub".

With the release of this R.A.W, Hunte is boldly moving past the always mentioned accolades of what she has done and jumping head first into something new. As she proudly stated, “Imma do what I wanna do.”

For the album, she teamed up with TherapistMusic head DJ Buddha who has been the executive producer on all Hunte’s projects. The duo had been playing around with a lot of music at the time and a sound started evolving from the riddims and horns Buddha was playing with. At the time, she says they didn’t know what they were making but it just felt right.

“No one gave a definite nod in this direction to the music. It just happened and felt like a silent ‘yes’ all around," she said.

R.A.W features Jamaican sensation Tarrus Riley on the duet "King and Queen" and US Dj Taranchyla on the super catchy Rub Dub. Overall, the tonal aesthetic falls in nicely with the musical cannon being created by artistes like Chronixx. Many of the songs deal with aspects of love but the beat production sucks you in to enjoy and reflect without any of the depression that could come with a reminisce. This as well was a conscious decision by Hunte who is known all too well for her writing skills.

Thus far, reviews are all great and although Jamaican people are known for their close-knit yet all-encompassing patriotism, she hasn’t felt any negative criticism and in fact, admires the way their culture treats with their own and thinks that it should be a template for the whole Caribbean.

As part of the R.A.W project, Hunte will be going from island to island to shoot a video for each track and along with Empress Jeanille Bonterre will create the ‘R.A.W Docu-Series’ which show her chopping it up with celebrity friends as she moves through the Caribbean adventuring off the beaten path to the real island sites.

R.A.W is available on Soundcloud.