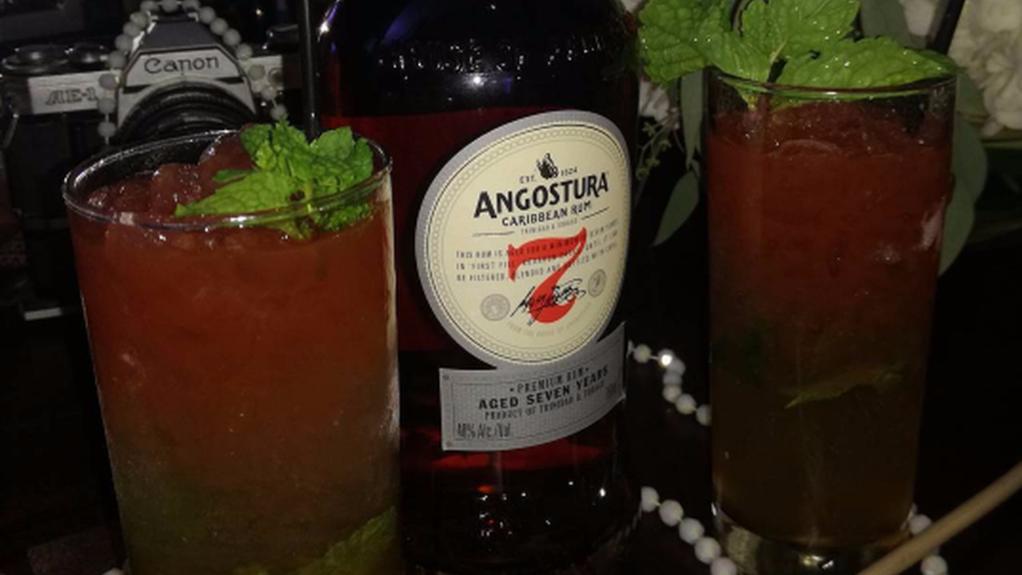 The House of Angostura is on a mission to make the Queen’s Park Swizzle the national drink of Trinidad and Tobago.

The swizzle, a fruity, delicious rum-based concoction popular with mixologists around the world, was created right here in T&T over 100 years ago.

At a relaunch of sorts last Saturday, Angostura officials said though old, they are seeking to make the Queen’s Park Swizzle the national drink of which its iconic brand, the Angostura Aromatic Bitters, is a key ingredient.

The Queen’s Park Swizzle is a drink laden with history. It was created at the Queen’s Park Hotel, where BPTT is now headquartered and where the relaunch took place.

That was in the roaring 20s when Port-of-Spain was a bustling centre of trade during British colonialism.

“The Queen’s Park Savannah neighbourhood was its brightly coloured leisure centres, a festive destination for eating, drinking and dancing the night away. The Queen’s Park Hotel was the star of this tropical retreat where trendsetters made the point to stay. Some say that the secret that made the hotel bar great was its signature drink, the Queen’s Park Swizzle,” said Genevieve Jodhan, Chief Executive Officer of Angostura.

Built in 1893, the hotel was noted for its cuisine, airy rooms and amenities, including by 1895, electricity and electric lights.

It was built on the south side of the Queen’s Park Savannah. The creator of the cocktail is unknown, but it was available to guests of the Hotel by the 1920s at the latest, and by 1946, its popularity had spread far and wide enough that Trader Vic, in his Trader Vic’s Book of Food and Drink, declared the Queen’s Park Swizzle, "the most delightful form of anesthesia given out today."

Part of the allure of this classic cocktail is in the “Swizzling” and the tool used to make this cocktail, a “Swizzle Stick”.

Annie Brassey in 1885, describes her finding the tool in Trinidad ("In the Trades, the Tropics, & the Roaring Forties"), she realised that the key to her cocktail was the motion, declaring, "[The] process is half the battle of the success of the compound.”

Communications Manager, Giselle Laronde-West, said the aim of the relaunch was to teach about the history of the drink so they could appreciate a world class cocktail that was born right here.

In an effort to make the Queen’s Park Swizzle the national drink, Angostura has already started working with bars and restaurants across the country, training bartenders on how to make the drink and ensuring it is on menus.