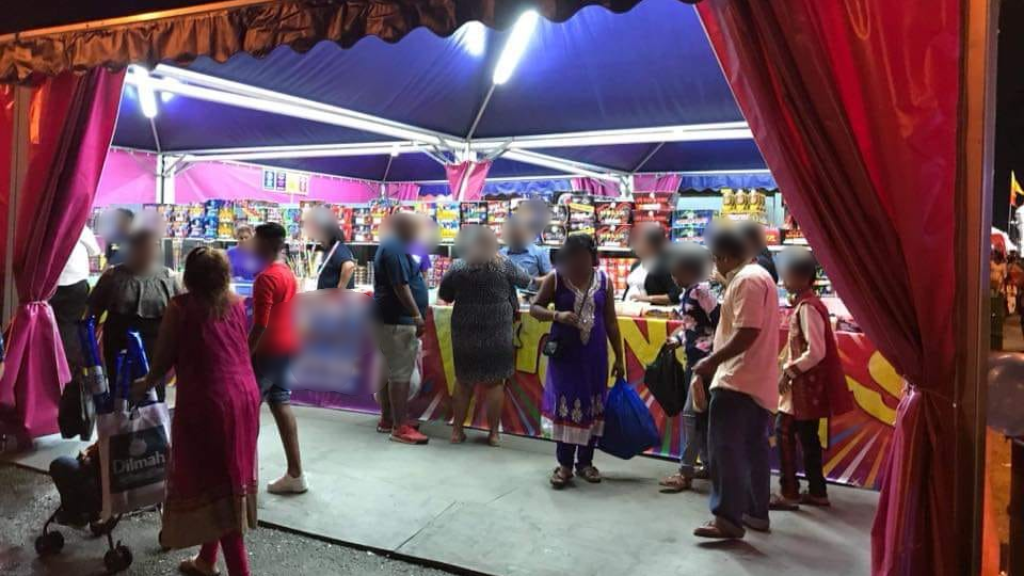 Photo via the Animals 360 Network/Facebook.

An animal welfare group expressed sadness upon the alleged sale of fireworks at the Divali Nagar ahead of the Divali public holiday on October 27, 2019.

In a social media post, local group the Animal 360 Foundation said the use of fireworks, which was cited as a part cause for the death of a kangaroo at the Emperor Valley Zoo, was saddening.

"We are deeply saddened that the Divali Nagar will permit the sale of fireworks and encourage the use of fireworks that is the cause of so much death and destruction."

"No more is PEACE, and LOVE illuminated through the lights of Divali. Only death and destruction. Contributing to a world in decay," the group said.

The Emperor Valley Zoo blamed fireworks for the death of a recently introduced baby kangaroo at the zoo after fireworks celebrations on the August 31 Independence holiday earlier this year.

The Zoo said the loud noise levels and proximity of the fireworks to the animals affected the animals, leading the eventual death of the baby kangaroo.

The Zoo, and many other groups, have since called for an outright ban on fireworks.

Regulation 2 of the Fireworks Permits Regulations made under Section 101 of the Summary Offences Act, states that “The Commissioner of Police or any Superintendent of Police authorised by him in writing may grant to any person or persons a written permission prescribing the time, place and conditions at or on which such person or persons may throw, cast, set fire to or let off any firework or fireworks in a town. The Commissioner or Superintendent of Police so granting permission may at any time cancel or vary such permission”."

Under the Act, any 'town' refers to Port of Spain, San Fernando, Arima, as well as any area within two miles of these cities, or any borough or place declared by the Minister to be a town, or deemed to be included within a town.

In 2018 National Security Minister Stuart Young banned the use of scratch bombs after signing the Explosives (Prohibition of Scratch Bombs) Order 2018.

Persons found breaching the Order may be liable upon indictment, to a fine of $20,000.00 or ten years imprisonment or forfeiture of the items.

The Order was published in the Gazette as Legal Notice No. 197 dated December 28, 2018, with immediate effect.

In November 2018, a house was destroyed by fire after a scratch bomb was allegedly thrown at the house.

In 2016 a grandmother was rushed to hospital after her hand was mangled by a scratch bomb. The elderly woman had been trying to protect her granddaughter after the explosive landed in the car, next to the baby.

A petition was recently launched online to tighten regulations surrounding the use of fireworks.

At a Joint Select Committee (JSC) meeting in 2017, Managing Director of FireOne Fireworks, Andre Abraham, said he was not in agreement with a total ban on fireworks but supported regulatory control including a time limit for usage.

In 2017, fireworks were banned in Delhi, India, ahead of Divali celebrations.