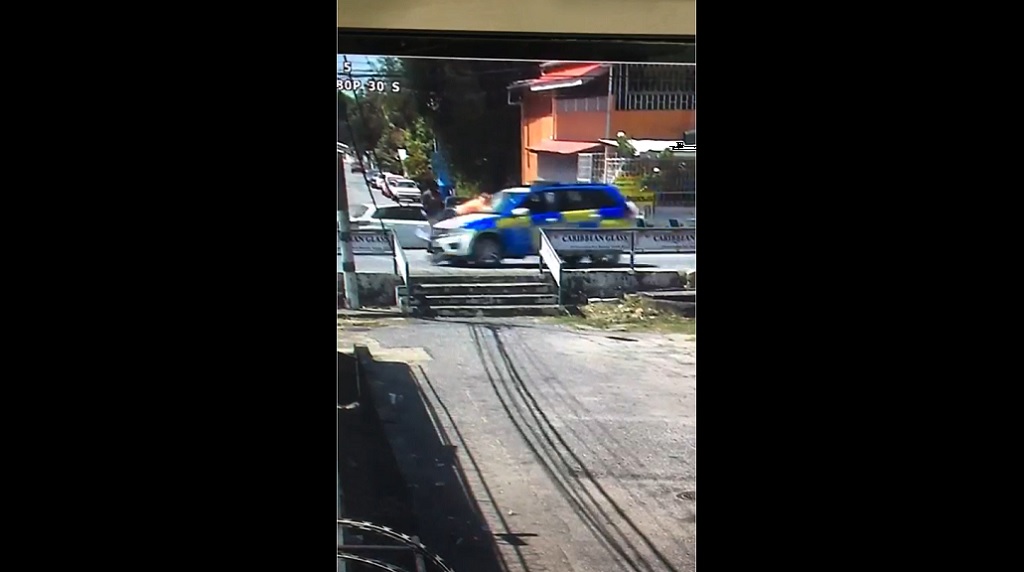 For the second time in a week, a pedestrian was killed in a collision which involved the police service.

According to reports, around 10:30 am the man, who had not been identified up to Friday midday, was crossing the Priority Bus Route near Barataria along a crosswalk, when he was hit by a police vehicle.

Video footage shared via social media shows the man attempting to cross when he was hit by the vehicle. The force of the impact caused him to be thrown some distance away.

Just a few days ago in a separate incident, Shervon Madina was walking along the sidewalk in Diego Martin when a vehicle, driven by a Special Reserve Police (SRP) officer, plowed over her, killing her.

Police were told that the officer was attempting to overtake a car (a silver Toyota Corolla), when his vehicle (a black Hyundai Elantra) clipped the vehicle in front of it, resulting in it careening onto the pavement where it came into contact with Madina.

The SRP officer was released from hospital and is assisting with enquiries into the incident.

Police Commissioner Gary Griffith said he is personally overseeing these investigations and has ordered that driving privileges for both officers be suspended pending the results of the investigation.

According to the Motor Vehicle and Road Traffic Act, traffic must give way once a pedestrian is already on a zebra crossing.

"19. (1) A pedestrian shall not cross the carriageway within the vicinity of a “Zebra” crossing except within the limit of the give-way line.

(2) A “Zebra” controlled area or its limits shall not be deemed to have ceased to be indicated in accordance with this Order by reason only of the imperfection, discolouration or partial displacement of either a terminal line or one or more of the marks comprised in a give-way line or a zig-zag line, so long as the general indication of any such line is not thereby materially impaired."

Editor's note: This story has been updated to include that the matter is being investigated by Police Commissioner Gary Griffith.