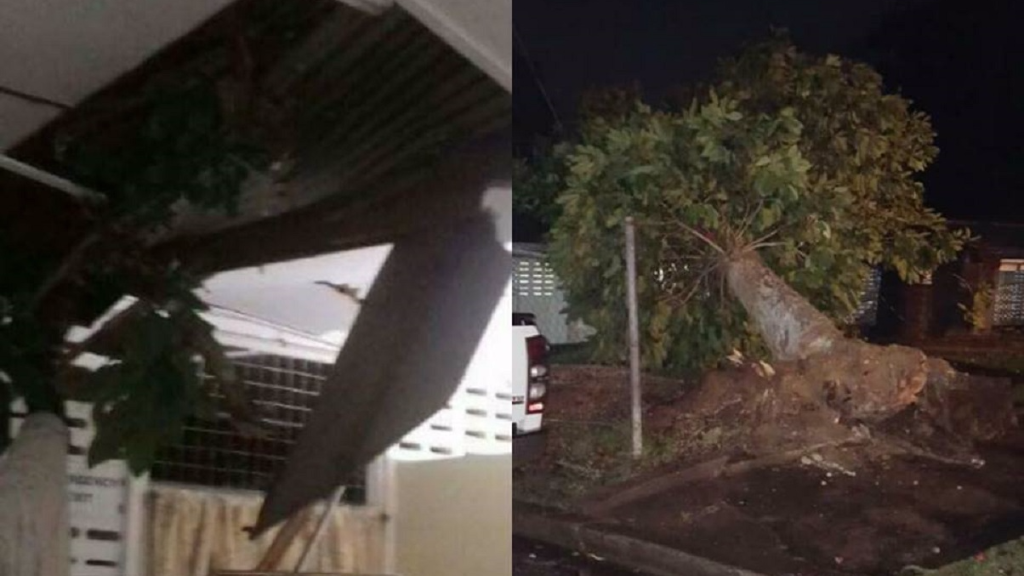 Mere days after a tree damaged part of the St Ann's Hospital during tropical storm Bret, another tree fell on Thursday, injuring two persons who tried to dash to safety while running away from danger.

According to a statement from the North West Regional Health Authority (NWRHA), one person was treated and discharged while the other was kept for observation.

"The North West Regional Health Authority (NWRHA) wishes to state that at approximately 8:30 pm on Thursday night, a tree planted on the St Ann’s compound fell across the perimeter wall at the back of the hospital in the vicinity of the Simeon Valley Road."

"Initial reports indicate that damages occurred to the roof of one of the neighbouring houses as well as three vehicles which were parked on the roadway."

"They were both assessed by medical personnel of the St Ann’s Hospital and subsequently transferred to the Port of Spain General Hospital."

"One of the persons was treated and discharged, while the other was kept for observation," the release said.

The NWRHA says immediately following the passage of tropical storm BRET, an assessment was conducted on the compound of the St Ann’s Hospital.

All trees which were assessed as potential hazards will be removed starting from today.

On Monday, during Bret's passage, several persons were relocated after a wing attached to the hospital was damaged by a fallen tree. No one was injured in that incident.