Another wave of Saharan Dust is heading for T&T 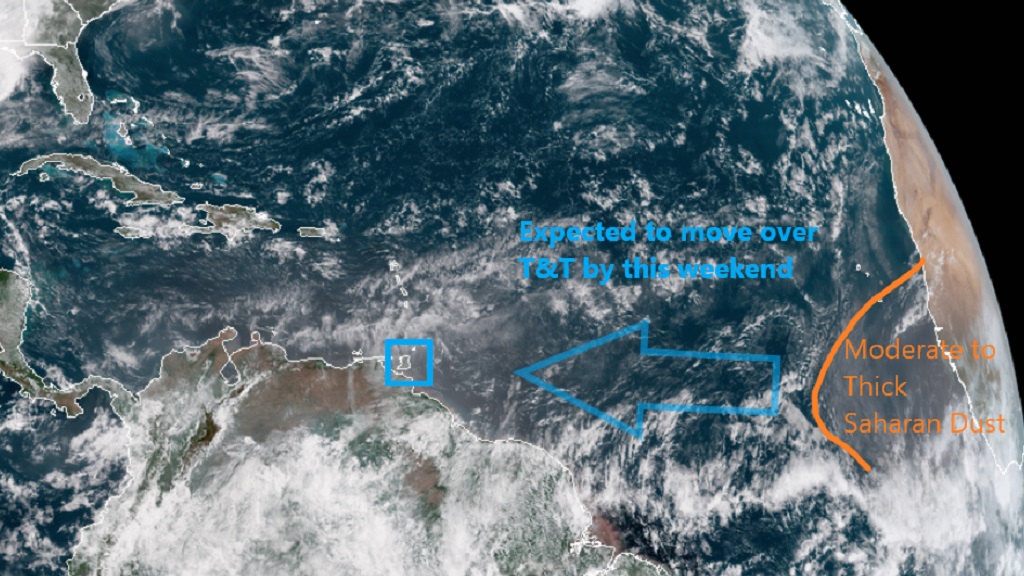 Asthma sufferers, children, the elderly and other vulnerable groups are advised to stock up on their medication and prepare for another onslaught of Saharan Dust within the coming days.

According to an update shared to social media by the Trinidad and Tobago Meteorological Service, there is a moderate-to-thick layer of Saharan dust developing off the west coast of the African continent, some of which may reach Trinidad and Tobago by this weekend.

"TTMS is currently monitoring another Saharan Dust plume which is making its way off the African coast, as seen on the satellite image. Moderate to thick concentrations of Saharan dust are expected to affect Trinidad and Tobago and the Lesser Antilles from late Friday (12th) into the weekend."

"Please be advised accordingly and an update would be posted later this week," the Met Office said.

The Met Office added that it will continue to monitor this development.

For vulnerable groups such as asthma sufferers, children and the elderly, these dusty conditions could be problematic.

Persons with medical conditions who may be affected by are advised to remain indoors if possible or to wear protective clothing such as dust masks for extra protection.