Another winning start for Solskjaer as Man U beat Watford 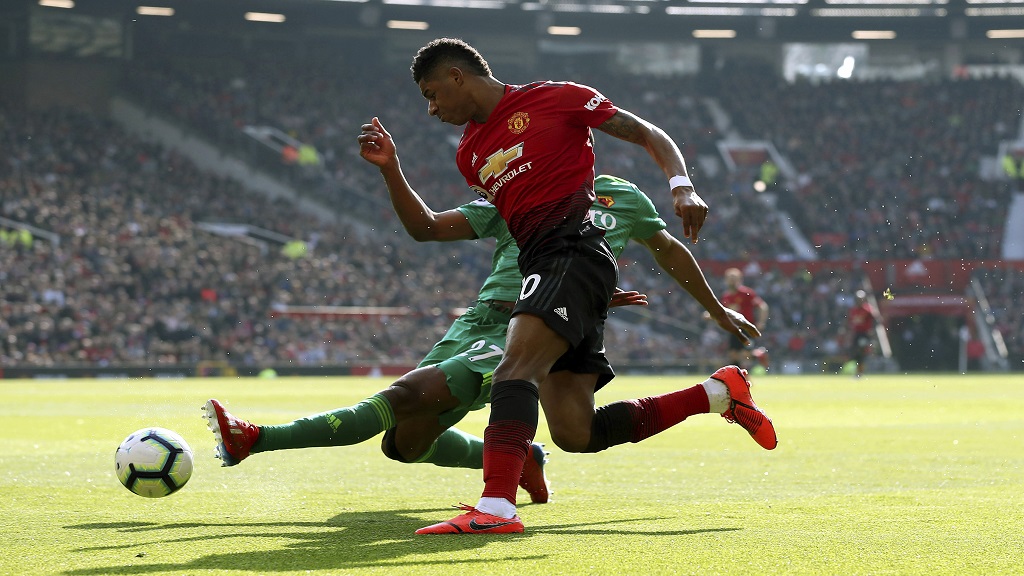 Goals from Marcus Rashford and Anthony Martial secured a scrappy 2-1 home win for Manchester United against Watford in the English Premier League on Saturday as the Red Devils leapfrogged Arsenal into the last Champions League spot.

As Ole Gunnar Solskjaer celebrated his first match in charge as permanent manager, the win lifted United to fourth in the standings, one point above the Gunners. Arsenal have a match in hand.

On a sunny afternoon at Old Trafford, United did not impress.

Rashford concluded one of his team's few chances at the end of a rapid counterattack to give the hosts the lead in the 28th minute. Watford continued to dominate after the interval but Martial doubled United's lead from close range in the 72nd.

Abdoulaye Doucoure pulled one back with a last-minute effort.

Solksjaer, a former United striker, was named the club's permanent manager on Thursday, having replaced the fired Jose Mourinho on an interim basis in December. Under the Norwegian coach, United has lost only once in 14 league games.

Watford got off to a confident start at Old Trafford as the home team struggled to get the ball out of its own half.

Paul Pogba gave the ball away too easily and too often, while Doucoure created Watford's first chance with a right-footed shot that came close in the sixth minute. United goalkeeper David De Gea was then forced to save a right-footed shot from Roberto Pereya that looked bound for goal.

United had nothing to offer in attack until a superb low pass from Luke Shaw from his own half split Watford's defense and found Rashford, who capped the move with a clean finish.

United played with more confidence afterward but could not build on its lead before halftime despite creating a couple of chances through Martial and Rashford.

Watford could not find an edge after the interval as De Gea stopped an effort from Pereyra in the 52nd minute and Etienne Capoue fired a shot well over the bar soon after.

Watford enjoyed most of the possession and chances until Martial put the game to bed. The France international made the most of Jesse Lingard's cross to score from the rebound after 'keeper Ben Foster stopped his initial effort in the box. Martial quickly got back to his feet, recovered the ball with a smart touch and sent the ball home. Doucoure ensured a tense finale with his last-minute chip past De Gea but United managed to hold onto the ball in stoppage time.