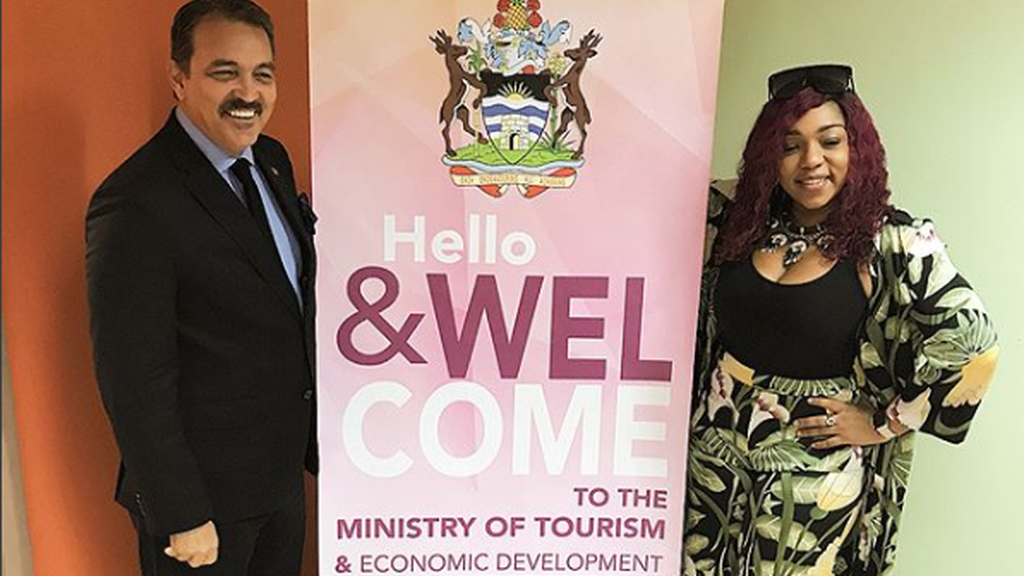 Charles Max Fernandez, Antigua’s Minister of Tourism, said his Government is in discussions with Destra Garcia to have her wedding on the island.

Speaking to Loop, he said the prospects of the Queen of Bacchanal tying the knot in Antigua was discussed at their Cabinet meeting but the Chief of Staff, in a post-cab press briefing, gave the impression it was confirmed.

“We are the number one honeymoon and destination wedding in the world so we felt it natural to make that offer. She has performed here many times and we would feel very honoured to work with her. We know she loves the island and we think she is one of us,” Fernandez said.

He revealed that Antigua and Barbuda is in the Guinness Book of records for conducting the most weddings per capita and cited the ease of getting married on the islands as one of the reasons the territory is so popular for weddings.

“We offered a product and from the feedback, we said this is something unique and special. We have 365 beaches so you can get married on the beach, we have the best moonlight nights, the best sunsets, we treat it as a special product,” he said.

He said while their main market is from North America, Antigua and Barbuda is looking to woo more Caribbean visitors. He said Liat recently initiated daily flights to Antigua from Port-of-Spain and they have had discussions with Caribbean Airlines to get more flights on that carrier as well.

“The Caribbean is one of our fastest growing markets now and this (Destra’s wedding) all ties into that. It is a win-win for the Caribbean. We want to share her, we want her for a week and a half  but she is welcomed to stay longer. She is a wonderful, warm personality, very easy to work with her, very charming and we would consider it an honour and privilege to afford her that honour. We are hoping she will accept our offer,” he said.

Budget travel with Loop to: Antigua