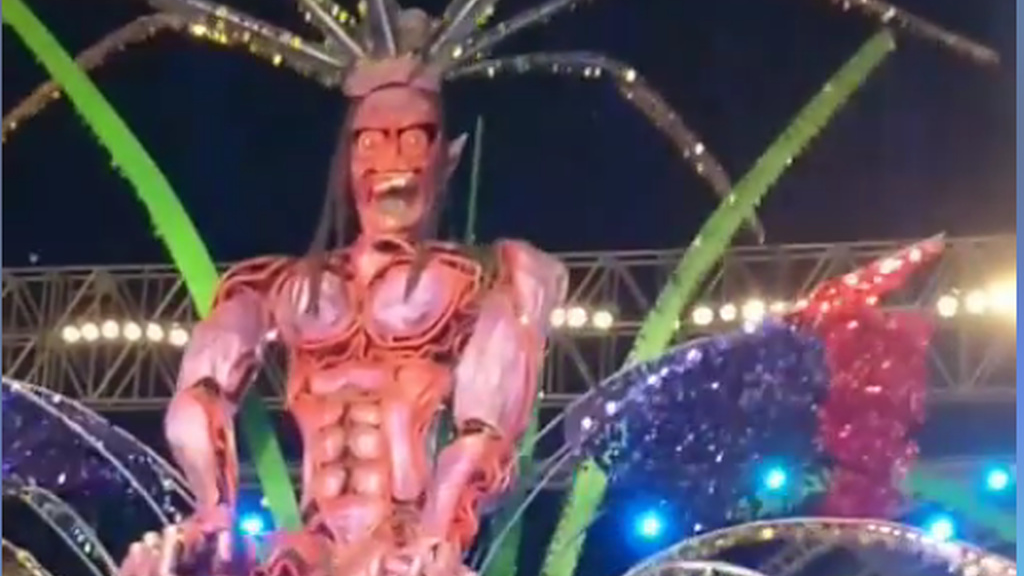 Reigning King of Carnival Joseph Lewis topped the preliminaries of the Senior Kings and Queens competition on Thursday night.

Lewis won with his portrayal of Zharvakko - the Voudon King of Death from Antourage Productions 2020 presentation Journey to Wonderland.

Antourage also saw success with their Queen, Savitri Holassie, who topped the female competition with her portrayal of Wrath of the Sea Witch. Last year's Queen of the Bands, Shynel Brizan placed 14th.  Only the top 10 from each category will proceed to the finals on Dimanche Gras night, Carnival Sunday.

Antourage also has another King and Queen in the finals with Roxanne Omalo and Ravi Lakhan placing fifth in their respective competitions.

In the King competition, Earl Thompson placed second with The Love of Power from the band Mas Pieta designed by Peter Minshall while Ted Eustace placed third with Lords of de Savannah from Paparazzi's 2020 presentation Hidden.

Below are the top ten in the King and Queen of Carnival categories who will be advancing to the finals.

6th  ADRIAN YOUNG: DADDY JUMBIE/PAPA JUMBIE: PROTECTOR OF THE FOLKLORE AND WALKER OF THE SLEEPING SPIRIT OF MAS