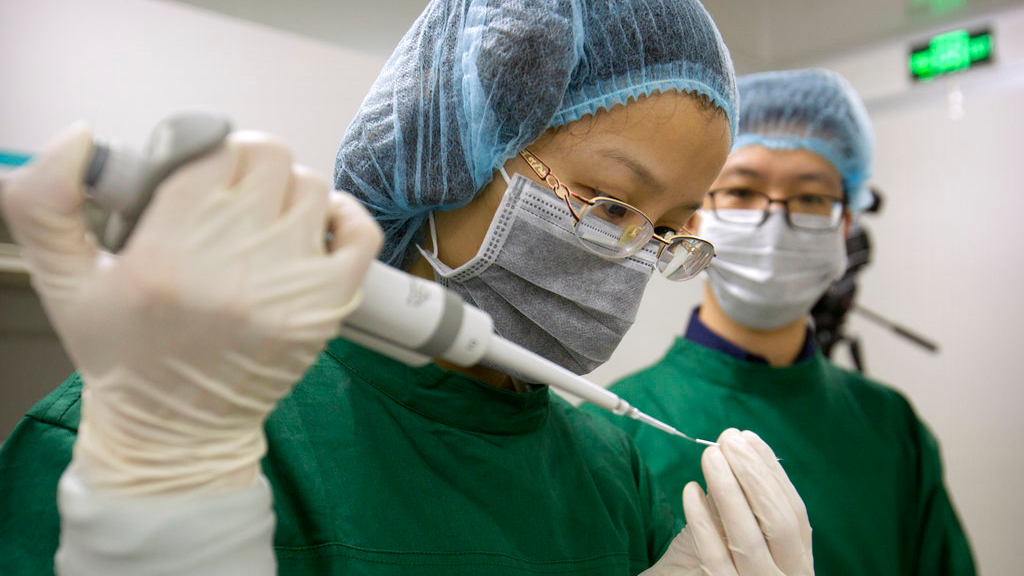 A Chinese researcher claims that he helped make the world's first genetically edited babies — twin girls born this month whose DNA he said he altered with a powerful new tool capable of rewriting the very blueprint of life.

If true, it would be a profound leap of science and ethics.

A U.S. scientist said he took part in the work in China, but this kind of gene editing is banned in the United States because the DNA changes can pass to future generations and it risks harming other genes.

Many mainstream scientists think it's too unsafe to try, and some denounced the Chinese report as human experimentation.

The researcher, He Jiankui of Shenzhen, said he altered embryos for seven couples during fertility treatments, with one pregnancy resulting thus far. He said his goal was not to cure or prevent an inherited disease, but to try to bestow a trait that few people naturally have — an ability to resist possible future infection with HIV, the AIDS virus. 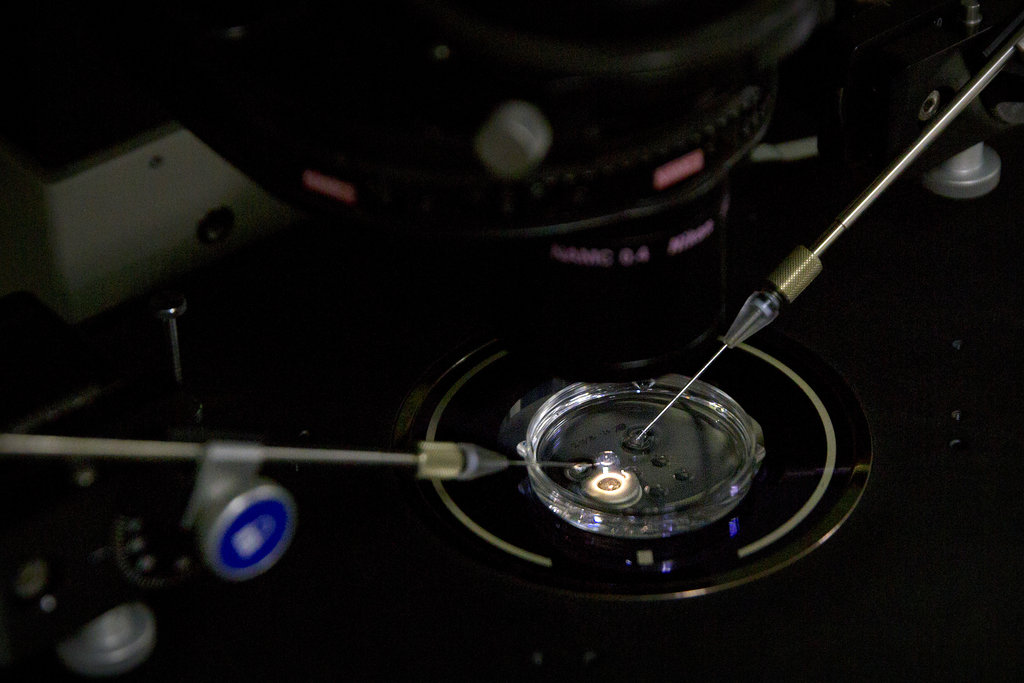 (Photo: In this Oct. 9, 2018 photo, an embryo receives a small dose of Cas9 protein and PCSK9 sgRNA in a sperm injection microscope in a laboratory in Shenzhen in southern China's Guangdong province. (AP Photo/Mark Schiefelbein))

He said the parents involved declined to be identified or interviewed, and he would not say where they live or where the work was done.

There is no independent confirmation of He's claim, and it has not been published in a journal, where it would be vetted by other experts. He revealed it Monday in Hong Kong to one of the organizers of an international conference on gene editing that is set to begin Tuesday, and earlier in exclusive interviews with The Associated Press.

"I feel a strong responsibility that it's not just to make a first, but also make it an example," He told the AP. "Society will decide what to do next" in terms of allowing or forbidding such science.

Some scientists were astounded to hear of the claim and strongly condemned it.

It's "unconscionable ... an experiment on human beings that is not morally or ethically defensible," said Dr. Kiran Musunuru, a University of Pennsylvania gene editing expert and editor of a genetics journal.

"This is far too premature," said Dr. Eric Topol, who heads the Scripps Research Translational Institute in California. "We're dealing with the operating instructions of a human being. It's a big deal."

"I think this is justifiable," Church said of that goal.

In recent years scientists have discovered a relatively easy way to edit genes, the strands of DNA that govern the body. The tool, called CRISPR-cas9, makes it possible to operate on DNA to supply a needed gene or disable one that's causing problems. 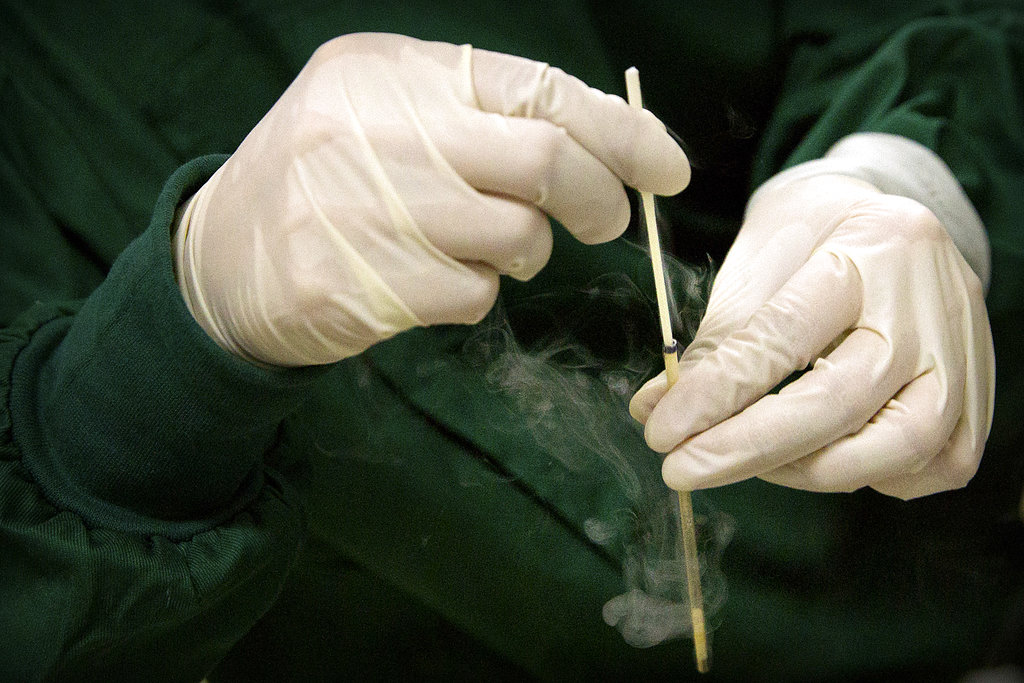 (Photo: In this Oct. 9, 2018 photo, Zhou Xiaoqin removes the cryostorage sheath from a container for an embryo at a laboratory in Shenzhen in southern China's Guangdong province. Chinese scientist He Jiankui claims he helped make world's first genetically edited babies: twin girls whose DNA he said he altered. He revealed it Monday, Nov. 26, in Hong Kong to one of the organizers of an international conference on gene editing. (AP Photo/Mark Schiefelbein))

It's only recently been tried in adults to treat deadly diseases, and the changes are confined to that person. Editing sperm, eggs or embryos is different — the changes can be inherited. In the U.S., it's not allowed except for lab research. China outlaws human cloning but not specifically gene editing.

He Jiankui (HEH JEE'-an-qway), who goes by "JK," studied at Rice and Stanford universities in the U.S. before returning to his homeland to open a lab at Southern University of Science and Technology of China in Shenzhen, where he also has two genetics companies.

The U.S. scientist who worked with him on this project after He returned to China was physics and bioengineering professor Michael Deem, who was his adviser at Rice in Houston. Deem also holds what he called "a small stake" in — and is on the scientific advisory boards of — He's two companies.

The Chinese researcher said he practiced editing mice, monkey and human embryos in the lab for several years and has applied for patents on his methods.

He said he chose embryo gene editing for HIV because these infections are a big problem in China. He sought to disable a gene called CCR5 that forms a protein doorway that allows HIV, the virus that causes AIDS, to enter a cell.

All of the men in the project had HIV and all of the women did not, but the gene editing was not aimed at preventing the small risk of transmission, He said. The fathers had their infections deeply suppressed by standard HIV medicines and there are simple ways to keep them from infecting offspring that do not involve altering genes.

Instead, the appeal was to offer couples affected by HIV a chance to have a child that might be protected from a similar fate.

He recruited couples through a Beijing-based AIDS advocacy group called Baihualin. Its leader, known by the pseudonym "Bai Hua," told the AP that it's not uncommon for people with HIV to lose jobs or have trouble getting medical care if their infections are revealed.

Here is how He described the work:

The gene editing occurred during IVF, or lab dish fertilization. First, sperm was "washed" to separate it from semen, the fluid where HIV can lurk. A single sperm was placed into a single egg to create an embryo. Then the gene editing tool was added.

When the embryos were 3 to 5 days old, a few cells were removed and checked for editing. Couples could choose whether to use edited or unedited embryos for pregnancy attempts. In all, 16 of 22 embryos were edited, and 11 embryos were used in six implant attempts before the twin pregnancy was achieved, He said.

Tests suggest that one twin had both copies of the intended gene altered and the other twin had just one altered, with no evidence of harm to other genes, He said. People with one copy of the gene can still get HIV, although some very limited research suggests their health might decline more slowly once they do. 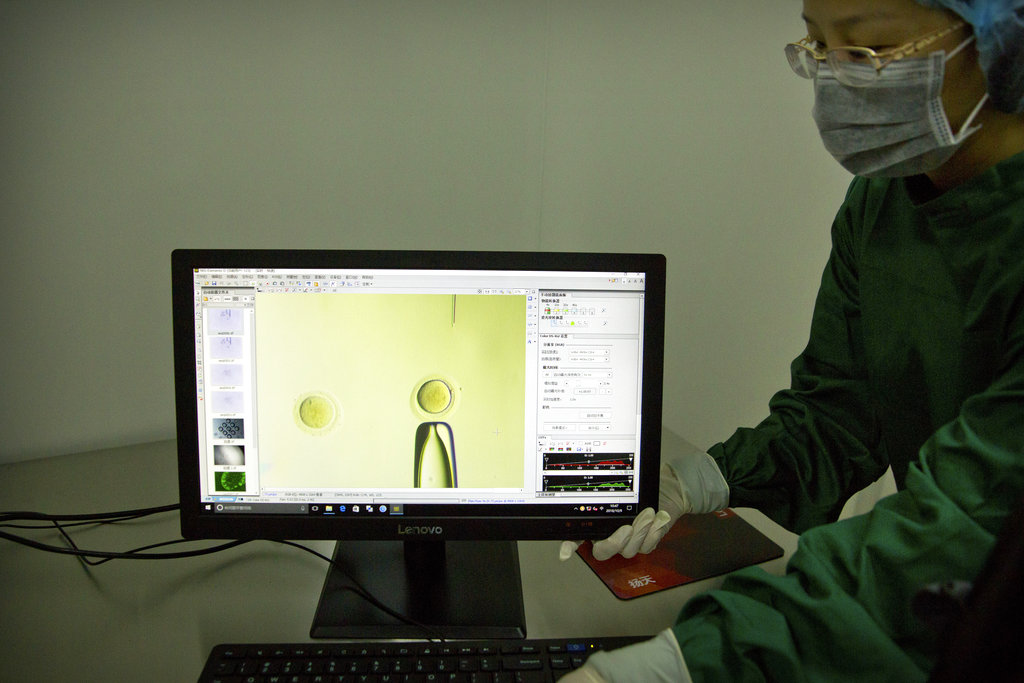 (Photo: In this Oct. 9, 2018 photo, Zhou Xiaoqin adjusts a monitor showing a video feed of Qin Jinzhou moving a fine glass pipette containing Cas9 protein and PCSK9 sgRNA to an embryo under a microscope at a laboratory in Shenzhen in southern China's Guangdong province. (AP Photo/Mark Schiefelbein))

Several scientists reviewed materials that He provided to the AP and said tests so far are insufficient to say the editing worked or to rule out harm.

They also noted evidence that the editing was incomplete and that at least one twin appears to be a patchwork of cells with various changes.

"It's almost like not editing at all" if only some of certain cells were altered, because HIV infection can still occur, Church said.

Church and Musunuru questioned the decision to allow one of the embryos to be used in a pregnancy attempt, because the Chinese researchers said they knew in advance that both copies of the intended gene had not been altered.

"In that child, there really was almost nothing to be gained in terms of protection against HIV and yet you're exposing that child to all the unknown safety risks," Musunuru said.

The use of that embryo suggests that the researchers' "main emphasis was on testing editing rather than avoiding this disease," Church said.

Even if editing worked perfectly, people without normal CCR5 genes face higher risks of getting certain other viruses, such as West Nile, and of dying from the flu. Since there are many ways to prevent HIV infection and it's very treatable if it occurs, those other medical risks are a concern, Musunuru said.

There also are questions about the way He said he proceeded. He gave official notice of his work long after he said he started it — on Nov. 8, on a Chinese registry of clinical trials.

It's unclear whether participants fully understood the purpose and potential risks and benefits. For example, consent forms called the project an "AIDS vaccine development" program.

The Rice scientist, Deem, said he was present in China when potential participants gave their consent and that he "absolutely" thinks they were able to understand the risks.

Deem said he worked with He on vaccine research at Rice and considers the gene editing similar to a vaccine.

"That might be a layman's way of describing it," he said.

Both men are physics experts with no experience running human clinical trials.

The Chinese scientist, He, said he personally made the goals clear and told participants that embryo gene editing has never been tried before and carries risks. He said he also would provide insurance coverage for any children conceived through the project and plans medical follow-up until the children are 18 and longer if they agree once they're adults.

Further pregnancy attempts are on hold until the safety of this one is analyzed and experts in the field weigh in, but participants were not told in advance that they might not have a chance to try what they signed up for once a "first" was achieved, He acknowledged. Free fertility treatment was part of the deal they were offered.

He sought and received approval for his project from Shenzhen Harmonicare Women's and Children's Hospital, which is not one of the four hospitals that He said provided embryos for his research or the pregnancy attempts.

Some staff at some of the other hospitals were kept in the dark about the nature of the research, which He and Deem said was done to keep some participants' HIV infection from being disclosed.

"We think this is ethical," said Lin Zhitong, a Harmonicare administrator who heads the ethics panel.

Any medical staff who handled samples that might contain HIV were aware, He said. An embryologist in He's lab, Qin Jinzhou, confirmed to the AP that he did sperm washing and injected the gene editing tool in some of the pregnancy attempts.

The study participants are not ethicists, He said, but "are as much authorities on what is correct and what is wrong because it's their life on the line."

"I believe this is going to help the families and their children," He said. If it causes unwanted side effects or harm, "I would feel the same pain as they do and it's going to be my own responsibility."

This Associated Press series was produced in partnership with the Howard Hughes Medical Institute's Department of Science Education. The AP is solely responsible for all content.

China to overtake France as top travel destination by 2030