Appeal for help for flood victims in Penal/Debe 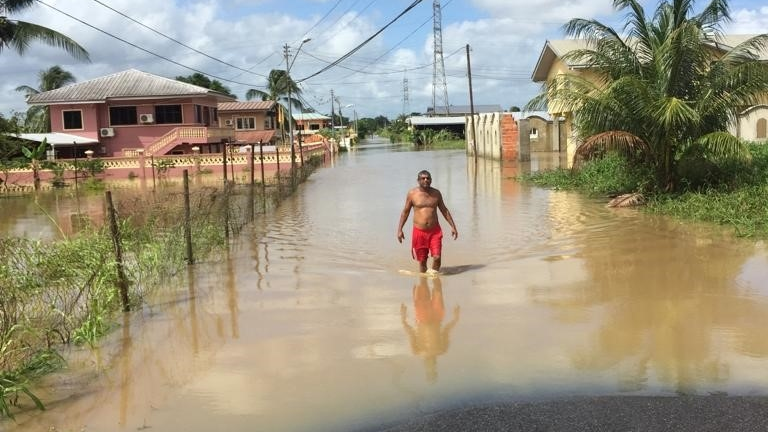 The Penal/Debe Foundation is appealing for citizens to help flood-affected people in their area.

The Penal/Debe area has been under flood waters over the past two days.

Khemraj Seecharan, Chairman of the Foundation, told Loop there has been little assistance coming to the affected communities.

“The assistance is very, very slim right now. Yesterday there very few people on the ground, water levels were rising last night and the main road is cut off, all the access routes from Debe are cut off but the SS Erin road cleared this morning,” he said.

Seecharan said a lot of people are underwater still and a few have been evacuated.

He complained that shelters they have been asking to be opened have not so most of the evacuees have gone by relatives.

Seecharan is appealing for food and water at this time and he said, once the flood waters subside, cleaning supplies will be the priority.

Loop also spoke to Works and Transport Minister Rohan Sinanan who was touring the area on Saturday morning. The Minister visited Suchit Trace and Woodland.

He said water levels are still high and there is not much that can be done until they subside.

He said the army has been dispatched to assist affected citizens.

The Minister also assured that his engineers are out working on landslips reported around the including a landslide on the Lady Young Road.