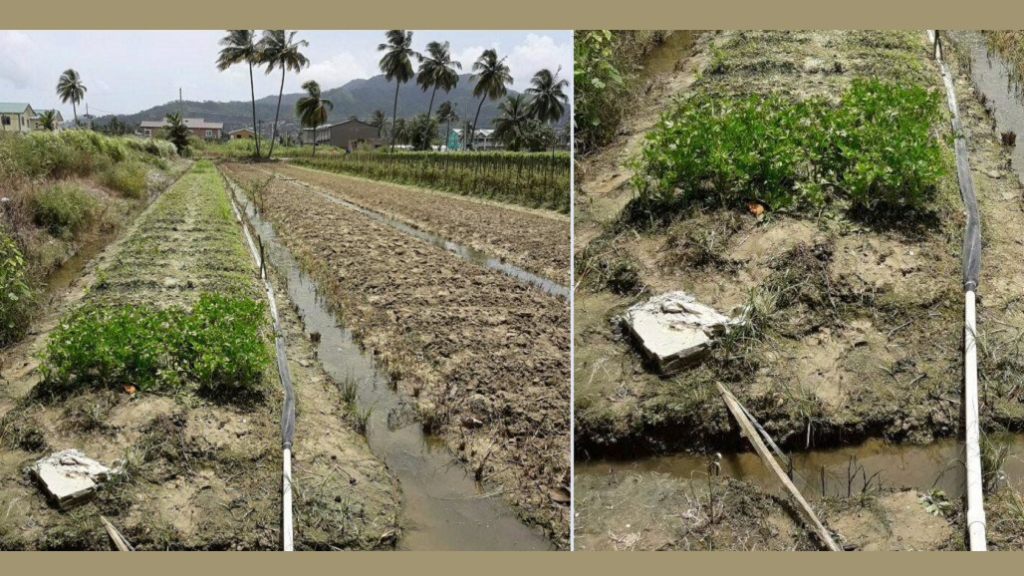 An Aranguez farmer was the victim of praedial larceny after his celery plants were stolen.

An Aranguez farmer who laboured to grow his celery crops was devastated after finding his plants stolen and vandalised last Thursday.

His daughter, Vanita Toolsie-Gayasingh, shared photos of the destroyed crops to social media, calling for more to be done regarding praedial larceny.

"More than two thirds of his celery was violently uprooted by good for nothing people. Don't know how many of them but from the footprints, we know one was barefoot and the other with slippers."

Toolsie-Gayasingh said it was a serious blow to her family as her father laboured in extreme conditions in order to ensure his crops survived.

"For everyone who knows my father, he works tirelessly on his garden to get his produce...in hot sun and pouring rain...and to get this, it really hurts him and his family."

She said her father then went to various markets trying to recover his stolen produce. He later made a report with the Praedial Larceny Squad.

"(This is) the kind of nastiness even farmers have to deal with," she said.

Anyone with information on the theft is urged to contact the Praedial Larcent Squad on 703-0881 (Northern Division) or 470-8494.

Some citizens condemned the act, saying that people who are trying to make an honest living are being tormented by crime.

"So disgusting, You can't work hard and own something nice they robbing you. You can't go out in a restaurant and eat, they robbing you.
You can't build a nice house and live in it wit a peace of mind and ease, they breakingin to thief Rob and kill you.... now you can't plant your garden and leave it, they coming to rape you of that too boi."

"So sad ...know d feeling thieves came into our garden about 3 weeks ago and stole all our plantains almost $4000 worth and stole from all d neighbors too...going to d police was a waste of time...how do u mark yr produce farmers work too hard to help feed this country and in d end have no redress in these situations."

" And then they want to know why people are not interested in gardening. It's because of things like this."

"Same thing happened to us. 10 bed full (5 full with ochro and 5 full with peas) gone. Left garden around 9pm went back to pick 6 am and all gone. praedial larceny on a rise. And the unit barely does anything."

"Farmers are really hard working people. Scorching hot sun .or .rain.. they are in their gardens... and when their crops are stolen its heart breaking.some People .. thieves.. dont have a Heart.... Respect farmers..this is sad."

The Tableland Pineapple Farmers' Association said that crimes like these are taking a toll on the country's food security.

"In the current and anticipated economic circumstances facing Trinidad and Tobago, we cannot deny the fact that the cost of living and economic hardship is on the rise. It is therefore a necessity for policymakers to do more towards preserving food and nutrition security at the household level, protect and strengthen the men and women who feed the nation and, to act aggressively to stabilize sentiment and build consensus on the way forward," the group said last Saturday.