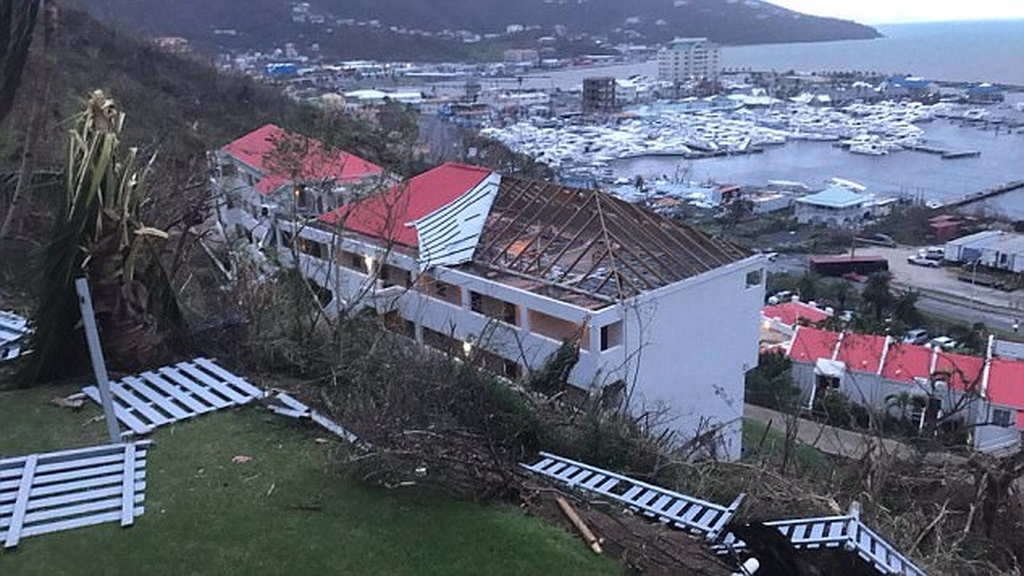 As the Government of Antigua and Barbuda look forward to re building Barbuda, the focus is on rebuilding structures that can withstand the strongest hurricane.

Ninety percent of the buildings in Barbuda was completely destroyed when Hurricane Irma, a Category 5 storm, pummelled everything in sight rendering the island uninhabitable.

Speaking at a special session of Parliament on Monday, Prime Minister Gaston Browne said the devastation has created an opportunity for Barbuda to be rebuilt in a green and sustainable fashion.

He also noted that the buildings have to be built to withstand strong storms like Irma and suggested that the new buildings will have concrete roofs.

In an online interview about roofs needed to withstand Hurricanes, Linda Dias, Chief Architect for the Government of Montserrat said people tend to gravitate towards the concrete slab roof because it alleviates insecurities when it comes to hurricane resistance.

“But in reality, the slab roofs also come with their own demerits. Maintenance can be a bit trickier than timber frame roofs, and concrete roofs tend to create 'heat boxes'. They retain the heat during the day, then release it during the night. The other thing to note is that one of the primary reasons for the incorporation of hip or gable roofs into tropical architecture is to allow the hot air to rise in the apex, and keep the lower areas of the building cooler,” she said.

Asked what type of roofs will be needed to withstand a category 5 hurricane besides a concrete roof, Dias said many times when a building falters structurally, it's primarily at the joints/connections especially connections between two or more different material types.

“One of the most vulnerable elements in a building during a storm is the roof (especially if it's a timber frame roof - particular gable and hip roofs). Once the roof is tied into the frame of the buildings properly, the level of destruction should be considerably less. In many of the islands where Irma's eye passed through, there are still structures standing with timber roof frames intact. What has happened though, is that the roof sheeting is pulled off and the rafters are exposed,” she explained.

“Another issue that causes roofs to be pulled off during storm force winds, is the length of the overhangs. This, however, tends to be a conflict in the tropics, as we tend to like the overhangs as they offer shading to windows, verandas, etc. However, longer overhangs tend to create more surface area for wind uplift. Another issue is the pitch of the roof. Shallower pitches = less wind resistance. Steeper the pitch, the more resistivity it has.”

Dias noted that engineers support the idea that truss roofs tend to withstand intense weather conditions a lot better than roofs with rafters. The roof is heavier, the loads are transferred more evenly, and apparently connected a bit better to the concrete walls but they're also considerably more expensive.

Screws as opposed to nails and spacing/intervals between rafters, screws, etc. also help.

“One roof type that I noticed seemed to perform well during Irma, is the mansard roof. I noticed a couple of them in a few photos from one of the islands (I can't recall if the photos were in the BVI or St. Maarten/St. Martin, but the images I saw had the roofs still completely intact despite the neighbouring roofs faltering. The steep pitches again seem to help with the wind resistivity”.