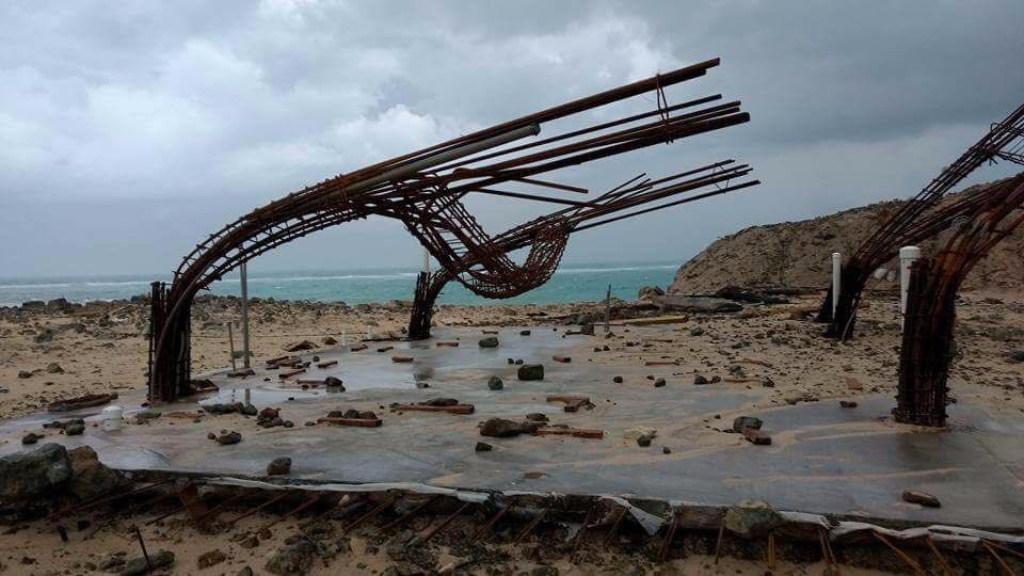 (Photo: Steel foundations of a building which was destroyed by Hurricane Irma last week.)

Comments made by two Florida residents calling Caribbean homes ‘cardboard’ and implying that the buildings were destroyed because they were of shoddy construction caused a Caribbean architect to respond.

“Dear Weather Channel, please stop showing flattened bungalows in 3rd world countries, that are built to the same specs as 2 of the 3 little pigs houses, and portraying that Florida will look the same. You are making my family worry more than is necessary.

Sincerely, a South Florida resident in a well-constructed building.”

Michel Canaday added: “This is so true I was telling DK this morning that they keep showing islands where they basically use cardboard for their homes.” 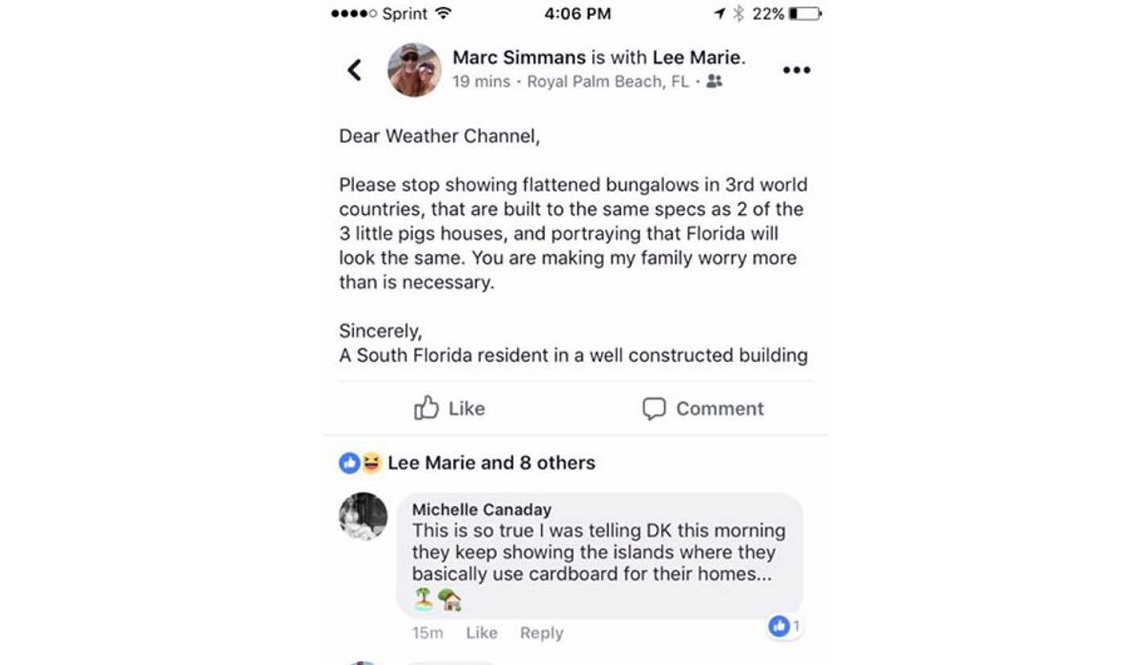 However on Thursday Linda Dias, who is the Chief Architect for the government of Monsterrat, refuted these presumptions.

She outlined that houses in the Eastern Caribbean, once built according to OECS requirements, should withstand winds of up to 180 miles per hour.

“To be clear, the destruction left in the wake of Hurricane Irma is NOT an indictment on the construction techniques within the Eastern Caribbean. The building codes in the Eastern Caribbean dictate that buildings should be designed to take wind speeds of between 154mph - 180mph, depending on the location and category of building.”

“Each island that the OECS Building Code accounts for that was affected by Hurricane Irma, has buildings that can withstand storms up to the following wind speeds:

Irma is an anomaly of a superstorm that hit the islands at 185 mph,” she said.

“To put this into perspective: the frequency of Category 5 hurricanes that make a direct hit on each of the Caribbean islands isn't on an annual basis. Cat 5's start at wind speeds of 157 mph. A hurricane that reaches land at even 160 mph tends to go down in the record books.”

“Hurricane Irma was a fluke of nature,” Dias said.

The Times Caribbean also posted a photo showing the solid steel foundation of another building (pictured above) which had been damaged by Hurricane Irma.

“For those who think Caribbean homes are built of cardboard...this is steel...that used to be upright...let me see you bend it back into place, then let's talk about cardboard!!”

Simmans has since hidden his social media profile after Caribbean people angrily responded to his comments.

"It is hard to believe that people are this ignorant and down right dumb to this degree in 2017 at this height of the Information Age....smmfh."

"Little do they know, we third world countries been building houses to withstand hurricanes for centuries. If Irma destroyed them, that's testament to power of the storm, not to our construction."

"Let's not have this ignorant imbecile cause is pain. I am from the Caribbean living in Florida and I am scared living in these stucco, drywall, ply board wire constructed wall. My family has all right to be scared. I am accustomed to concrete walls."

"I'm sorry, who is this a**hole? Apparently he has never been to the islands. Being from the Bahamas we have the most structurally sound buildings. The buildings in the islands are built to withstand a Cat-4 so go sit your ignorant ass down some where. In the words of my niece-Sit Small!"

"Marc Simmans Michelle Canaday you are the ones living in houses like 3 lil pigs. We dont build houses from sheet rack/ drywall here. Before you open your mouth and sound stupid, do your research. Come to the caribbean. Come to #StvincentandtheGrenadines and see what a properly constructed house looks like. Our "cardboard" houses are far better and stronger."