Arima Hospital to be delivered in 2018 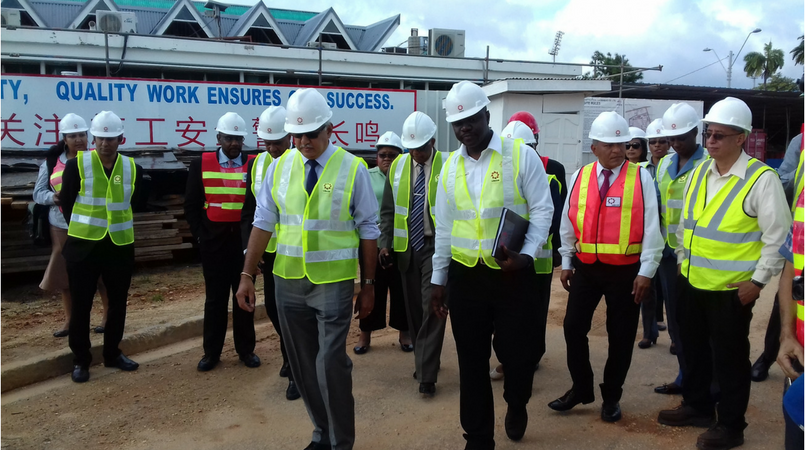 The new 150-bed hospital, when operational, will serve as a secondary health care facility, Health Minister Terrence Deyalsingh has said.

The building will consist of five storeys, including covered parking, and outdoor gardens.

Deyalsingh, who was speaking during a tour of the construction site on Thursday, said it is an exciting time for the health sector in Trinidad and Tobago.

He said the new Arima hospital, along with the new Point Fortin and Sangre Grande hospitals which are in various stages of planning and construction, will reduce the burden on the three conventional hospitals in Port of Spain, Mt Hope and San Fernando.

Deyalsingh boasted that the original projected cost of the Arima facility was $1.85 billion but he has been able to reduce the cost by more than $250 million.

He said this was possible by cutting down on wastage and corruption.

However, Deyalsingh stated that it was not enough to build hospitals but people must live healthier lifestyles so as to reduce the demand for hospital services.

Questioned on how the Ministry intends to staff these new hospitals when it previously said there was no staff for the Couva Children's Hospital, Deyalsingh said there will not be any large increase in staff needed.

He said the current staff at the Point Fortin and Sangre Grande hospitals will be utilised in the new facilities or "incrementally more".

He said a manpower plan is being worked on that will come on stream as new services are phased in at the Arima facility.

He added that the Couva Hospital could not be opened because there was no plan or budget for staffing at that facility.

He noted that several offers for a public/private partnership are currently being evaluated with regard to the Couva Hospital.

Education Minister Anthony Garcia, who is the MP for Arima, congratulated Deyalsingh for pushing to complete the Arima hospital on time despite the country being in the midst of an economic decline.