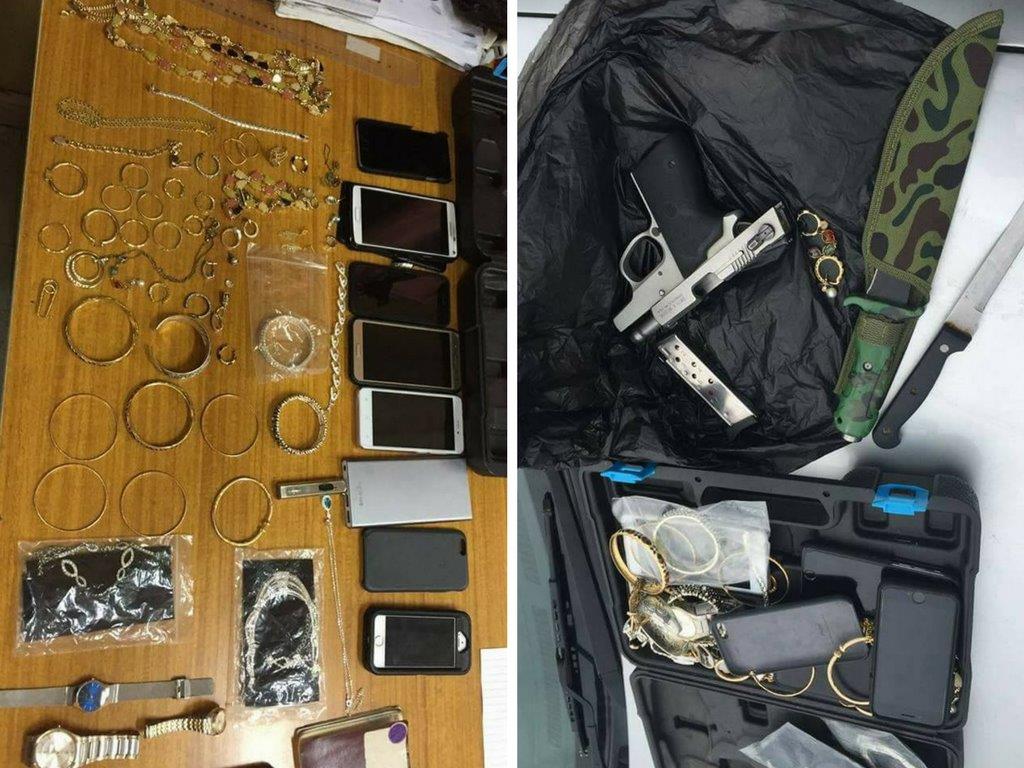 Two men are said to be in custody following a report of an armed robbery early on Thursday.

According to reports, five armed men robbed a businessman and his family at their Duncan Village, La Romain, home of a quantity of cash, jewellery and cellular phones.

The assailants then escaped in a silver Nissan vehicle.

The police were notified and a team of officers from the Southern Division observed and intercepted a vehicle matching the description given near the C3 Mall along the Solomon Hochoy Highway.

Three of the bandits managed to escape into some bushes, however, the first responders were able to detain two of the suspects.

The vehicle was searched and the officers allegedly found and seized several of the items reported as stolen.

They also found and seized a loaded firearm and a knife.

As a result, police impounded the vehicle, and the illegal items.

The detained men are expected to be placed on identification parades today.