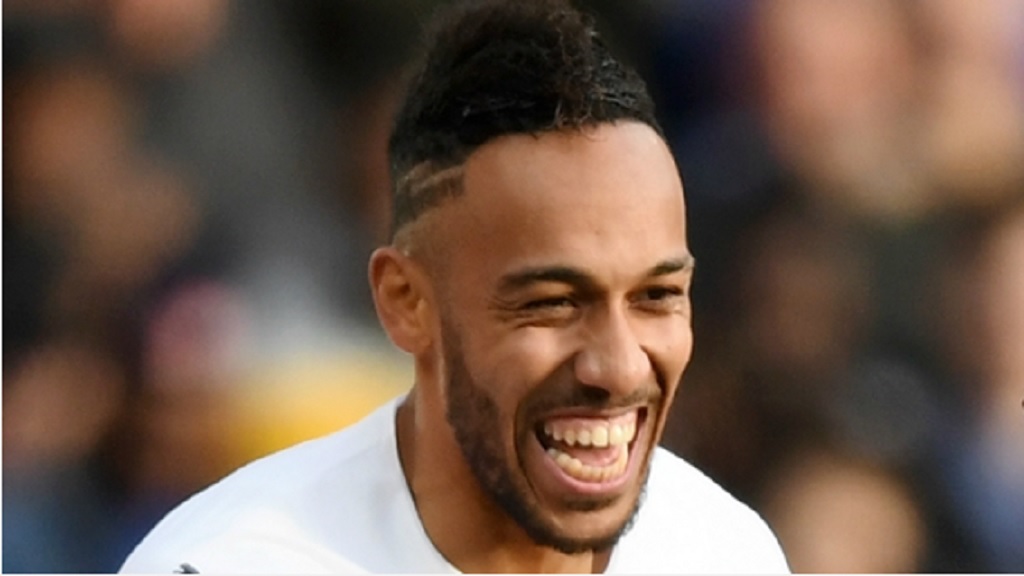 Pierre-Emerick Aubameyang re-established himself as the Premier League's top goalscorer this season ahead of Mohamed Salah by netting a brace as Arsenal bounced back from consecutive defeats with a 3-1 win over Burnley.

Salah's strike against Wolves on Friday left Aubameyang second among the division's top marksmen, but the Gabon international was clinical in either half of a game that saw Arsenal bury the memory of their 3-2 loss at Southampton and 2-0 League Cup reverse against Tottenham.

Alex Iwobi added a third for the hosts in stoppage time when he beat the Burnley offside trap.

Unai Emery started Mesut Ozil for the first time in a league game since November 11 and the German made a strong case for a regular spot in an Arsenal side pushing Chelsea hard for fourth place in the table.

Defeat leaves Burnley in danger of going second-bottom later on Saturday depending on results elsewhere after Sean Dyche's men forced a second-half goal through Ashley Barnes, but failed to muster a comeback that might have earned them a precious point.

After Burnley's Ashley Westwood squandered an early chance, Aubameyang pounced after 14 minutes to give Arsenal the lead, guiding the ball into the bottom corner of Joe Hart's net with the outside of right foot from 12 yards after fine work from Ozil, who captained the side, and a first-time cross by Sead Kolasinac.

Emery was forced to replace Nacho Monreal with Stephan Lichtsteiner after 36 minutes, the Spaniard joining an already lengthy list of Arsenal defenders carrying knocks, but at that point Burnley were struggling to make any impact in the final third despite enjoying spells of possession.

The Clarets, though, did start the second half brightly, but Arsenal caught them with a fast break that saw Kolasinac fly down the left wing before switching the play via Alexandre Lacazette to Aubameyang, who drove the ball high into the net from 10 yards, beating Hart for power.

While Arsenal were by far the better side going forward, they were regularly pinned back by a Burnley side who forced what turned out to be a consolation when the ball bounced out of a crowd of players for Barnes to fire home from the edge of the six-yard box.

The visitors were pushing for an equaliser when Iwobi burst over the halfway line and worked with Ozil to pull the Burnley defence apart before scoring with an angled drive in the 91st minute to make sure of the victory.

What does it mean? Gunners pile the pressure on Chelsea

Arsenal were well short of their best, but they ground out a result to pull level with Chelsea in the race for Champions League qualification.

Kolasinac colossal from back to front

With the Gunners missing defenders due to injury, Kolasinac provided more than his share of physicality and coverage up and down the left flank, as well as playing a vital role in Arsenal's second goal.

Westwood had a fantastic one-on-one with Bernd Leno in the second minute of the game, but trickled his shot wide when a goal would have transformed Burnley's chances.

Arsenal travel to Brighton and Hove Albion on Boxing Day in the hope of securing back-to-back victories, while Burnley take on Everton at Turf Moor.

Liverpool top of EPL for Christmas after beating Wolves 2-0