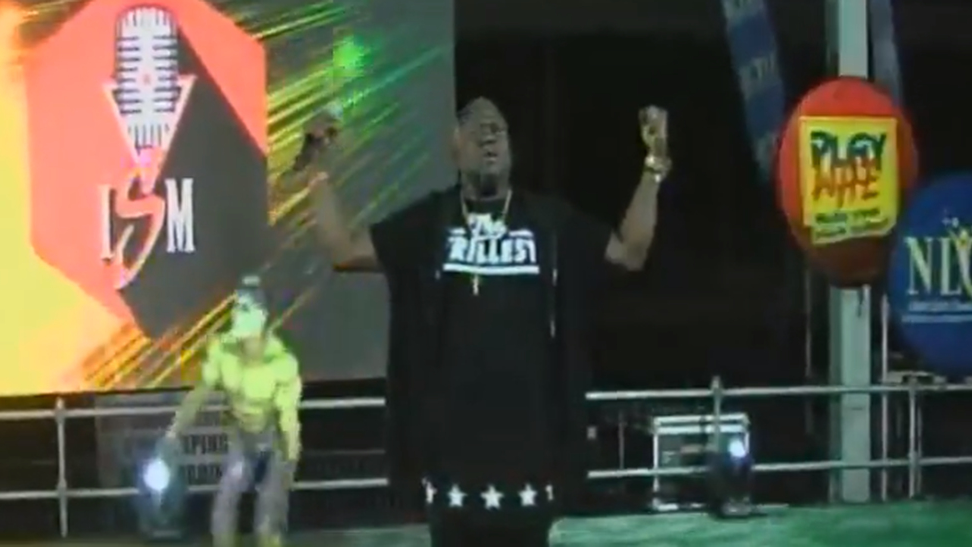 A watered-down version of the International Soca Monarch semi-finals took place on Thursday night with artistes giving it their all despite technical glitches.

With the organisers, the Caribbean Prestige Foundation, saddled with financial constraints, the ISM semis was a shadow of its former self, occupying the front portion of the Grand Stand in the Queen’s Park Savannah in stark contrast to the big annual production at the Velodrome in Arima.

Thirty-four artistes mounted the small stage on Thursday before a small crowd that took advantage of the free entry to perform to backing tracks instead of the customary live band, another sign of cutbacks.

With many of the bigger names opting out of the competition this year, several unknowns got the opportunity to showcase their talent.

Banjela, one of the unknowns, however, surprised the audience with his vocal ability and his patriotic song “Ah Love Meh Song”.

Ambi from St Lucia may not be a household name but the lyrics to his ditty “Sock It” is well-known as the crowd sang every word during his performance.

Following closely on Ambi’s heels, Blaxx, the veteran in the cast, walked calmly on stage and obliterated the competition with his uplifting song “Hulk”.

The crowd, including three flag crews, showed that Blaxx has a big song on his hands.

Other noteworthy performances on the night were Orlando Octave who had the crowd eating out of his hands with his freestyle on the song “Trinidad I Love You”, 5 Star Akil and Jadel who stunned with her short silver hooded bodysuit and thigh-high silver boots for her hit song “Round and Round”.

The list of finalists will be revealed later today.

Iwer out of Soca Monarch as semi-finalists revealed