Artists to gather in support of Damian Agostini 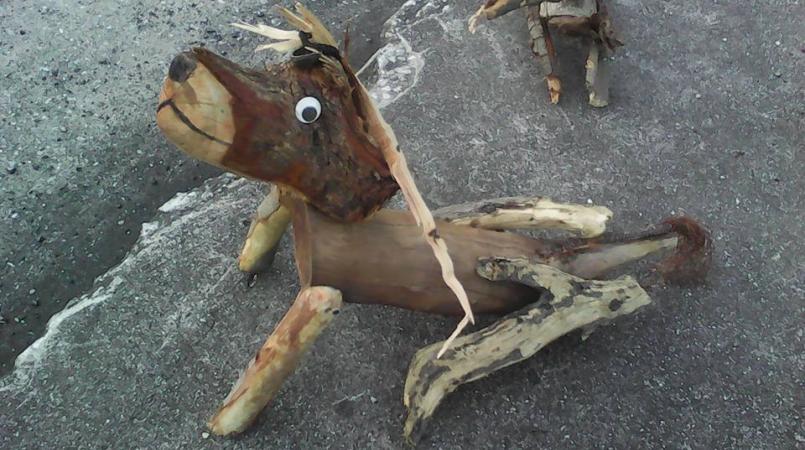 A group of artists will gather at the Queen’s Park Savannah on Saturday morning to show support for artist Damian Agostini.

Agostini, who sculpted animals and other objects out of discarded tree branches, lost his art when police confiscated it. He said he was told that the sculptures, which were displayed on the pavement, were destroyed because they were there illegally.

Mayor Joel Martinez has since apologised.

The Green Screen Environmental Film Festival has issued a call for artists to show support for Agostini by showing up to his spot around the Savannah from 9 am to 11am.

They said, via Facebook, that the gathering is to help find Agostini find a new home or get permission for him to stay at his current location, highlight that the artists and artisans of T&T still do not have a home to create and share their work and assert that art is imperative to the balanced development of any society.

Fellow artist, Ozy Merrique, who featured Agostini in a film for the Green Screen festival, said the issue was how Agostini’s work was treated.

“It is not necessarily a confrontational thing. You can quote his illegality but there wasn’t any sensitivity shown. There is a general apathy from authorities and how they deal with creatives, they ignore opportunities for enhancement and cooperation,” he said.

He said he saw Agostini as a good ambassador for recycling and conservation because he turned discarded trees into art.

He said the incident provides a good opportunity for artists to be more collective.

The gathering on Saturday, he said, is for like-minded artists to show solidarity.

“It is not a protest. The point we want to get across is that we are here and if you have nowhere for us something got to happen,” he said.