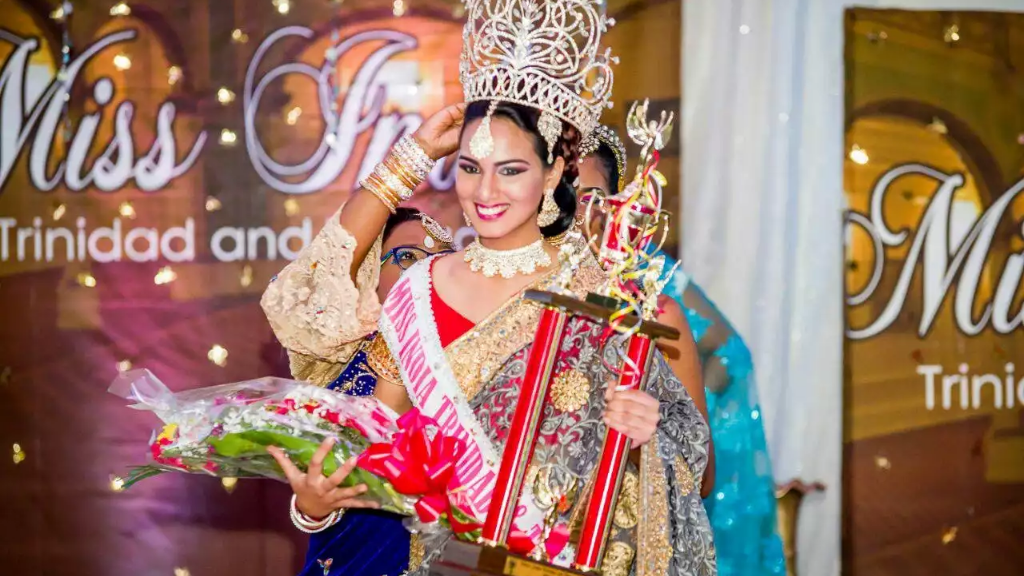 It was a sentimental moment for 19-year-old Melissa Harrylal.

On the same day she collected her sister’s ashes, the young woman who hails from Piparo, was also crowned Miss India Trinidad and Tobago 2017.

The charred remains of Michelle Harrylal and two other people including her boyfriend were found in a house in Carlsen Field on 23 August.

Residents were alerted after Harrylal’s three-year-old son was found wandering in the area and told them that his mother had gone to heaven.

Her parents subsequently submitted DNA samples to be tested.

In a Facebook post before the competition, Harrylal said she was collecting her sister’s ashes after DNA testing confirmed her sister’s identity.

“Tonight, is the final night of my competition and I have everything except my sister #CollectingHerAshesATM,” she posted on Facebook.

In an interview with Loop, Harrylal said she felt her sister’s presence with her on stage on Saturday night as she took part in the competition, which was held at the Couva Chamber Auditorium.

“Collecting her ashes the same day gave me a feeling of relief. I felt her there with me throughout the entire show,” she said.

She said she loves animals and the outdoors.

“I am passionate about linking animals to help the elderly through therapy. Animals are great stress relievers and create a peaceful atmosphere.”

The young lady said she is also passionate about dancing.

Harrylal has participated in the Mastana Bahar competition, the Divali Nagar NCIC pageant and performed at several events including weddings.

She has a message for those young women who may have a similar dream, that despite your circumstances, nothing is ever impossible to achieve.

“Simple advice, always put your best foot forward in whatever you do and never forget where you came from. Remembrance of your past is what will take you forward in the future,” the confident young lady said.

Harrylal’s new title affords her the opportunity be an ambassador of Trinidad and Tobago and to represent this country at Miss India Worldwide.