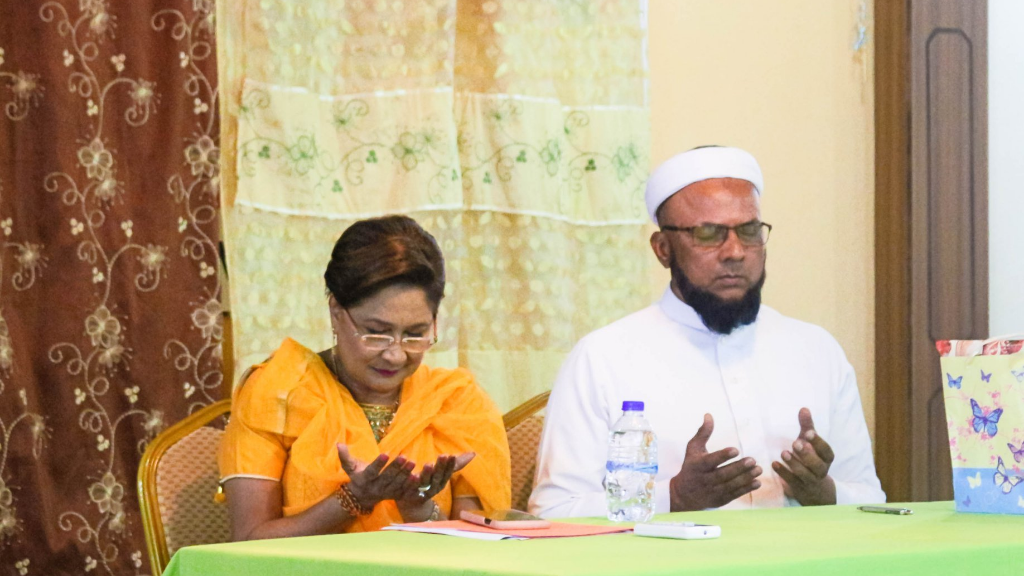 UNC leader Kamla Persad-Bissessar at a meeting over the weekend where the Muslim Federation declared its support for the UNC ahead of the August 10 general election.

The Anjuman Sunnat-ul-Jammat Association (ASJA) has distanced itself from the endorsement of the United National Congress (UNC) by other Muslim organisations in T&T ahead of the August 10 general election.

ASJA General Secretary Rahimool Hosein in a statement said the Association has had no political affiliation since its inception and would like to keep it that way.

He was commenting on a meeting of Muslim groups at the Islamic Diplomatic Centre in Felicity on Saturday.

The amalgamation of Muslim groups has been drumming up support for the United National Congress (UNC) among the Islamic community in marginal seats.

ASJA was not party to that meeting and had no representative present.

“ASJA is an independent religious body and is not affiliated to any Ummah T&T/ Muslim Federation,” Hosein said.

The ASJA General Secretary said it would be inappropriate for any ASJA office holder to speak on its behalf on supporting any political party in Trinidad and Tobago.

Hosein said, however, ASJA members across the country are free to support any party or organisation of its choice.