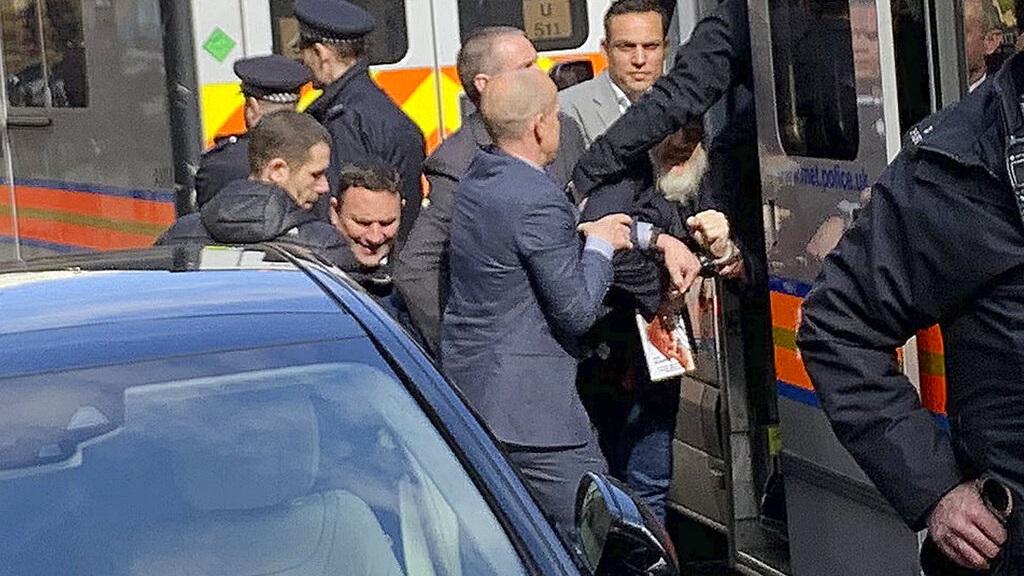 Police bundle WikiLeaks founder Julian Assange from the Ecuadorian embassy into a police van in London after he was arrested by officers from the Metropolitan Police and taken into custody Thursday April 11, 2019. Police in London arrested WikiLeaks founder Assange at the Ecuadorean embassy Thursday for failing to surrender to the court in 2012, shortly after the South American nation revoked his asylum. (@DailyDOOH via AP)

A lawyer representing jailed WikiLeaks founder Julian Assange says the Ecuadorian government has been spreading lies about his behaviour inside its embassy in London.

Jennifer Robinson told Sky News on Sunday that Ecuador is making "pretty outrageous allegations" to justify allowing British police into its embassy Thursday in order to take Assange into custody.

Robinson says Assange has had "a very difficult time" since Moreno came to power in 2017.

Assange is jailed in Britain for jumping bail and faces an extradition request from the United States for conspiracy. Sweden also is considering reviving a rape investigation of him.

His next court appearance is May 2 via video link.

Chelsea Manning jailed for refusing to testify on WikiLeaks