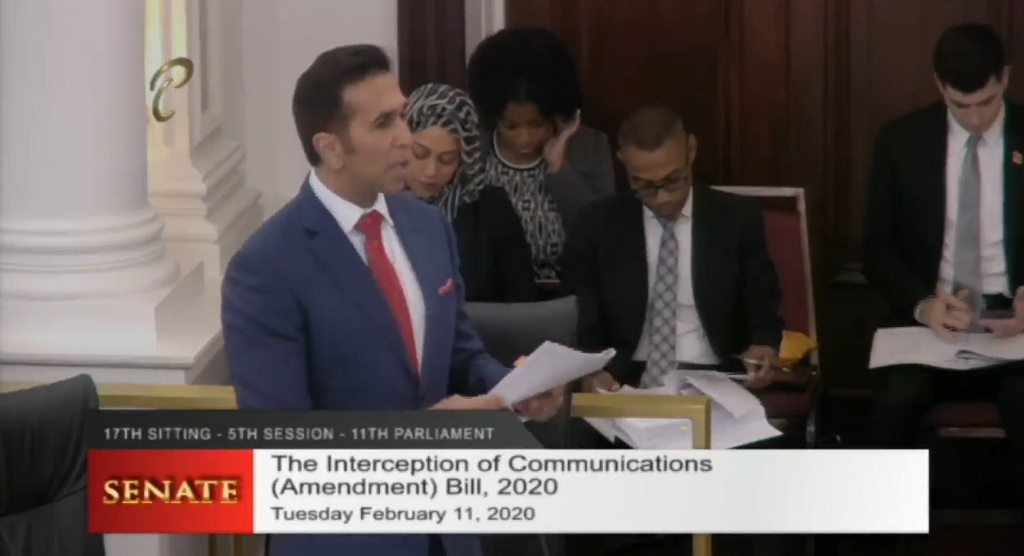 Attorney General Faris-al-Rawi said an attempted assassination was made from within a prison as recently as Tuesday.

Al-Rawi was speaking in Parliament while discussing the Interception of Communications (Amendment) Bill, 2020 on Tuesday.

“(This amendment) goes to the heart of attacking criminality and more specifically introducing constitutional protection to the persons who stand accused before the courts and against whom the interception of communication evidence stands.”

Al-Rawi hinted that just that morning, a call had been placed from within a prison.

Al-Rawi said the proposed legislation, which includes 26 clauses, would help with the unauthorised interception of communications including the offender, the communication and their location.

He added that many National Security agencies provided feedback on the Bill, including the Office of the Director of Prosecutions (DPP), which recommended certain improvements in the law which were included in the Bill.

“This helps to locate the offender, the communication and the geography of the crime…it’s extremely useful in kidnapping cases…in Trinidad and Tobago there’s a need to insert it into this law,” he said.

Additionally it is proposed that the non-warranted intercept of information could be used as evidence in a court of law, provided that it is appropriate for that information to stand as evidence as decided by a judge, where relevant safeguards under the law are met.

“In this Clause we introduce the concept of having interception of every single phone in a prison (and) a prison vehicle unless there is the exception applied for legal privilege which is sanctimonious in law.”

He said the right to legal counsel would not be infringed upon.

“We preserve the principle that if you’re talking to attorney at law in a privileged circumstance in the area or phone line designated for Legal Professional Privilege (LPP), that material cannot be intercepted,” he said.

He said the legislation would also include notice to those concerned that the communication was being intercepted.

For more information on the Bill see the sitting on the Parliament channel here: https://www.youtube.com/watch?v=5wbojOeJDio

Lawyers, journalists warned to watch out for Interception Bill