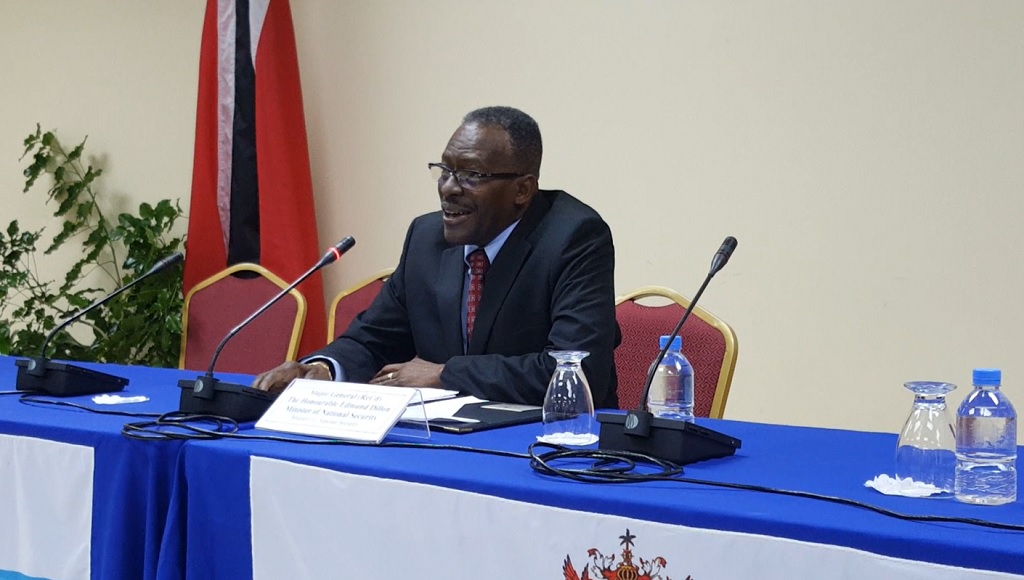 Attorney Farid Scoon has come to the defense of his friend, Ernest Wilson, who has been accused of fraud involving an 88-year-old man and Minister of National Security Edmund Dillon.

Scoon called a media conference on Wednesday at which he said he was concerned about Wilson's character being maligned in media reports and on social media.

According to court papers, Dillon is accused of being involved in the falsification of documents in the transfer of a New York condominium and the unauthorised withdrawal of cash from the accounts of Neville Piper, who was described as an incapacitated person.

A New York City court evaluator noted that “Neville Piper did not have any recollection of having given an interest in his apartment to Mr Dillon. He seemed surprised that one would think he would do such a thing.”

Wilson, an attorney based in New York, has also been wrapped up in the controversy having been the attorney that executed the Deed of Conveyance to transfer the property to Dillon and had recieved a cheque for US$50,000 from Piper's account.

Addressing media on Wednesday, Scoon described Wilson as a close friend and colleague and said Wilson authorised him to speak on his behalf.

He said Wilson legally, and in the presence of a witness, executed the Deed of Conveyance to transfer a half interest in Piper's Manhattan property to Dillon which Piper willingly signed.

Scoon said Piper had told Wilson that he had been abandoned by his family and wanted to make sure his money and property did not go to his relatives after his death.

Scoon said Piper made a decision to transfer half ownership of the property to Dillon which would be fully owned by Dillon after his death.

He said Wilson questioned Piper to make sure he was aware of what he was doing and Piper made it clear he did not want his relatives to inherit the property. He said Piper was lonely, had no close living family and he was determined not to leave anything to his other relatives who he felt had abandoned him.

He said Wilson was convinced at the time that Piper was fully in control of his faculties and made the decision because of his close relationship with Dillon.

Regarding the cheque for US$50,000 made out to Wilson, Scoon said this was done by Piper himself after it was brought to his attention that the property was in foreclosure due to missed mortgage payments.

He said Piper retained Wilson to handle the foreclosure proceedings and the cheque was intended to pay the outstanding mortgage amount.

Scoon denied that Piper's signature was forged on any documents, saying this allegation was being made because of differences in Piper's handwriting that could be attributed to his state of health and the medications he was taking.

Scoon was adamant that Wilson and Dillon did no wrong.

Dillon has denied all the allegations saying Piper was a close family friend he had known for over 45 years.

Scoon said Wilson was concerned about what has been said about him on social media and in local media reports.

He said Wilson is considering taking legal action against those making defamatory statements against him.

Dillon silent on stepping down after US lawsuit