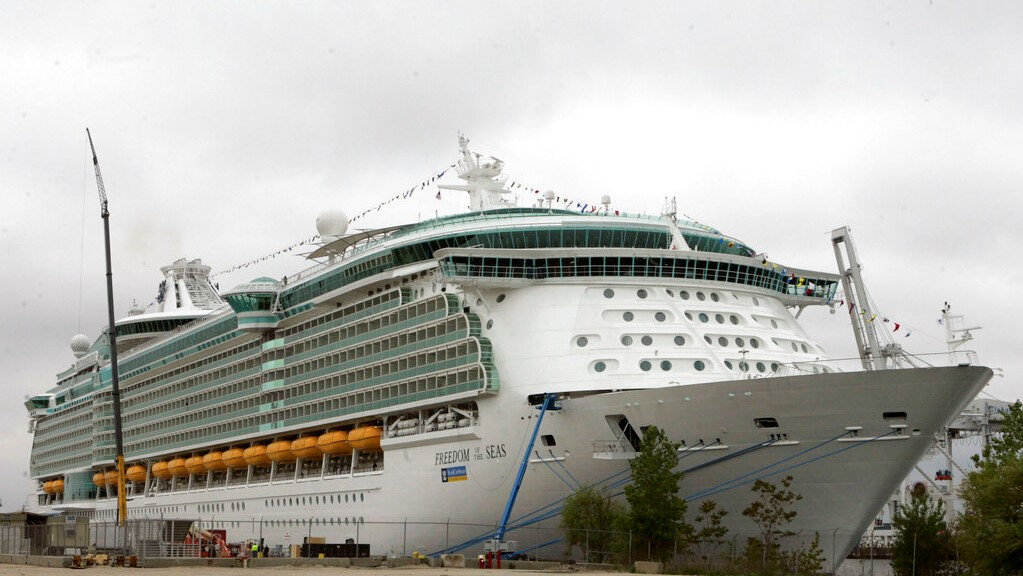 An 18-month-old Indiana girl who fell to her death from the 11th story of a cruise ship in Puerto Rico plunged from a window inexplicably left open in a children's play area, the family's attorney said Tuesday.

Police in Puerto Rico had said Monday that Chloe Wiegand apparently slipped from her grandfather's hands Sunday as he was holding her out of an 11th-floor window on the Freedom of the Seas.

But Michael Winkleman, a Miami attorney who's representing the girl's family, said Tuesday that "the story is not as it had originally been portrayed in the media."

"The grandfather didn't drop the child, the child fell due to an open glass pane that should have been closed securely," he said in a statement.

Winkleman said Chloe Wiegand, whose father is a South Bend, Indiana, police officer, was playing with her grandfather in the "kid's water zone" on the ship as it was docked in Puerto Rico when she asked him to lift her to a wall of windows lining the play area.

"Chloe wanted to bang on the glass like she always did at her older brother's hockey games. Her grandfather thought there was glass just like everywhere else, but there was not, and she was gone in an instant," Winkleman said.

Police in Puerto Rico declined to comment on Winkleman's account of the events leading up to the child's fatal fall.

Police Sgt. Nelson Sotelo told the AP on Tuesday that the girl's family will remain in the U.S. territory until the investigation of her death is complete.

Winkleman's office said the girl's family remained in Puerto Rico on Tuesday, waiting for their child's body to be released, and they hope to return home to Indiana once that happens.

"The family needs answers as to why there would be an open window in a wall full of fixed windows in a kids' play area? Why would you have the danger without any warning, sign, or notice?" he asked.

Royal Caribbean Cruises called the girl's death a tragic incident in a statement Monday and said it was helping the family.

The cruise line had not responded to messages left Tuesday seeking comment on Winkleman's statements about the circumstances of the child's death.

Puerto Rico Ports Authority spokesman José Carmona told The Associated Press on Monday that the family was gathered in or near a dining hall on the 11th floor and that the grandfather sat the toddler on the edge of a window. He said officials are investigating whether the window was already opened or if someone had opened it.

Watch: Royal C'bean bans man for life after he jumps from cruise ship