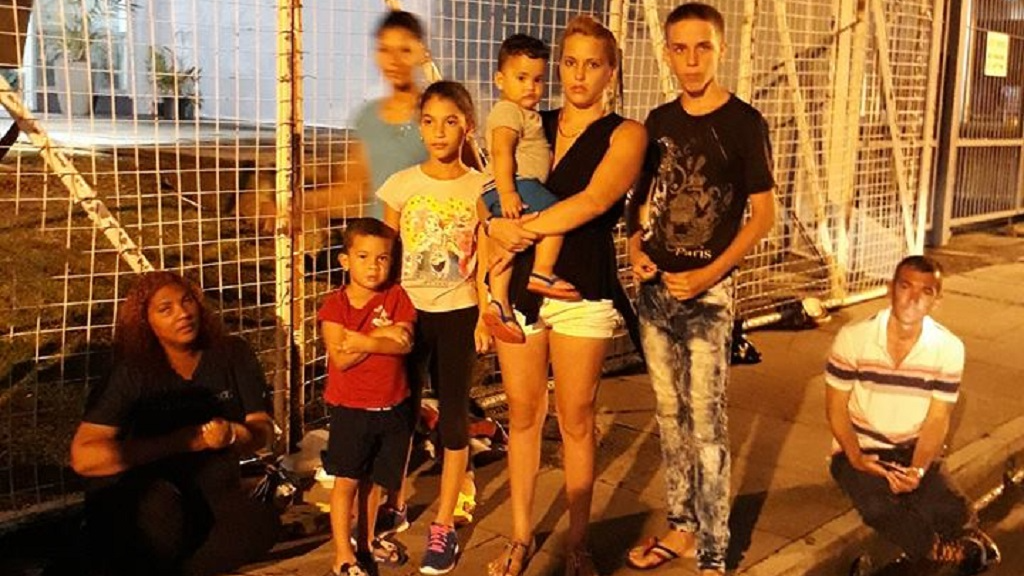 Photo: This December 2017 photo shows Cuban refugees living in Port of Spain. The asylum seekers were asking to be sent to the US.

Attorney Jevvon Williams said some police officers are detaining asylum seekers and destroying their asylum seeker certificates and other identification documents in direct violation of the 1951 Refugee Convention, to which Trinidad and Tobago is a contracting party.

Speaking at a public forum titled "Public Panel Discussion: Refugee Law in an Interconnected World in Trinidad and Tobago" at the Hall of Justice on Wednesday, Williams said the matter is a critical one which needs to be immediately addressed.

"There is an obvious disconnect between the Conventions we have acceded to as a country and what is actually happening on the ground.”

“The police in Trinidad and Tobago are even going as far as taking away persons’ asylum seeker certificates and destroying them, leaving them without an identification document or any document of any sort. This cannot be allowed to continue.”

Williams added that the courts also have been known to issue orders to forcibly deport asylum seekers which is a violation of the Convention’s protocols.

“Persons can come in legally and when they come in they tell the immigration officer ‘I am seeking asylum’. There are provisions in the immigration manual on how to treat with this situation, however again there is a disconnect because the persons in charge of our courts…refuse those asylum seekers entry and put them on the first flight or first vessel back to the country that they are trying to flee.”

“We cannot allow this to continue,” he said.

Williams said asylum seekers should be informed as to what their rights are, and that the state should help people who are fleeing their countries.

He also sought to address misinformation regarding the status of refugees which increases citizens’ fear of migrants.

He said contrary to media reports there are not 40,000 asylum seekers in Trinidad and Tobago.

“That cannot be correct. A lot of people are fearful that migrants will come, work for less money and that they will be out of a job. That in turn fuels how we treat with migrants. Misinformation must be corrected, we must state the correct things. Persons in the public space must give correct figures and account for how we treat with the migrant population.”

He added that migrants are being treated in a negative light, as shown by US media reports on migrant children who are being separated from their families.

Williams said in fact, migrants are beneficial for a country’s growth.

“Migrants, most of the times, contribute. They contribute to your nation, to your economy. They can make us proud so we need to treat with them as we would our brothers and sisters,” he said.

LoopTT as reached out to National Security Minister Edmund Dillon for a response.

Contracting states can, however, take provisional measures against a refugee in the interest of national security, under Article 9 of the Convention.

Airlines ask US not to put migrant children on flights