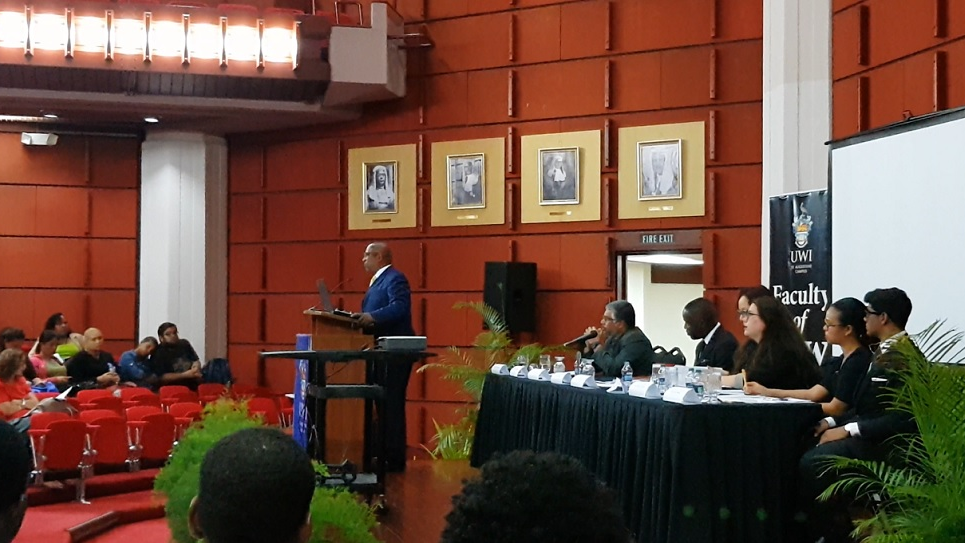 Attorney Farid Scoon said Trinidad and Tobago seems to be following in the footsteps of the US in persecuting refugees and asylum seekers, adding that once asylum seekers are detained in a detention centre, lawyers are prevented from speaking to them.

Speaking at a public panel discussion entitled “Refugee Law in an Interconnected World”, hosted by the University of the West Indies (UWI) Law Faculty's Human Rights Clinic at the Hall of Justice on June 20, Scoon said attorneys cannot speak with persons who are being held at the Immigration Detention Centre.

Attorney Devvon Williams, who also spoke at the panel discussion, added however that if the attorney knows persons in the Immigration Detention Centre they might be able to 'work their way in'.

Scoon also related a case where a lawyer from the Attorney General's office admitted before a judge that there were no protections for asylum seekers.

"I have been before the court of appeal at four o'clock in the morning where there were two persons who were being put on a plane sponsored by the American government to refoul (forcibly return) them to African countries, those two persons being proven applicants for asylum status with the local asylum status body, the Living Waters Community, and before a judge of the Supreme Court of the Court of Appeal.

"The question was asked to the attorney of the Attorney General's office, 'Does Trinidad have any protection for a person who has applied for asylum status?' and that lawyer said no," Scoon said.

He added that many lawyers are barred from accessing information on the asylum seeker process in Trinidad and Tobago.

"That is the status of the asylum seekers' protection in Trinidad and Tobago at this time. It is zero," he said.

Three other CARICOM countries - Barbados, Guyana and Grenada, still have not adopted the Convention.

Scoon added that even after accepting the convention, Trinidad and Tobago must still pass the requisite legislation in order for it to have effect.

Among the other recommendations made by the Human Rights Clinic was the provision of education for refugee children, including removing the student permit requirement, as well as providing support to assist them with integration into society.

One Venezuelan woman said to LoopTT that she is an attorney in her country and that she wants to be allowed to work and contribute.

"We do not want handouts, we want to be able to work," she said.