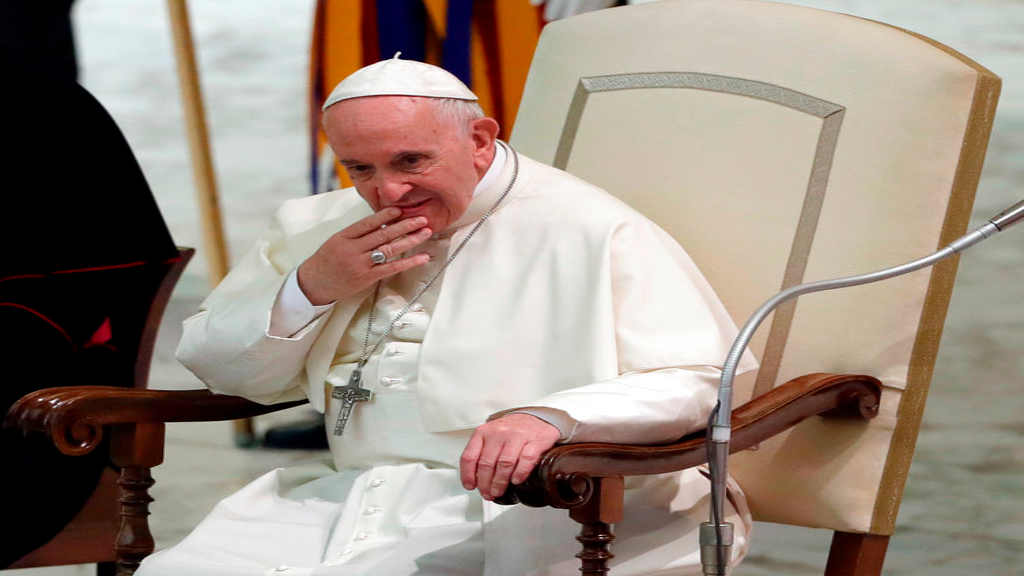 Pope Francis accepted the resignation of the Australian Bishop on Monday.

Pope Francis on Monday accepted the resignation of an Australian archbishop convicted in criminal court of covering up the sexual abuse of children by a priest, taking action after coming under mounting pressure from ordinary Catholics, priests and even the Australian prime minister.

It was the second major announcement of a sex abuse-related resignation in as many days, suggesting Francis is keen to show he's getting tough on the issue before he heads to Ireland next month, where the sex abuse scandal is likely to dominate the trip.

Adelaide Archbishop Philip Wilson was convicted in May of failing to report to police the repeated abuse of two altar boys by a paedophile priest in the Hunter Valley region north of Sydney during the 1970s. He became the highest-ranking Catholic cleric ever convicted in a criminal court of abuse cover-up.

Wilson had declined to resign pending an appeal of his case, though he acknowledged as recently as last week that calls for his sacking were increasing. Prime Minister Malcolm Turnbull added his voice to the chorus July 19 in urging Francis to fire him.

In a one-line statement Monday, the Vatican said Francis had accepted Wilson's resignation. At 67, Wilson is well under the normal retirement age for bishops of 75.

The move is significant given Francis is under increasing pressure to sanction bishops who have botched handling abuse cases or otherwise covered them up, with calls for a full-fledged church investigation in the United States and criminal probes under way in Chile.

Recently, prosecutors in Chile summoned the archbishop of Santiago, Cardinal Ricardo Ezzati, to appear in court and testify about his role in the alleged cover-up of years of abuse by his top deputy, the Rev. Oscar Munoz.

Munoz has admitted to abusing at least one minor, and confessed to church authorities in December. Prosecutors, however, uncovered reports of at least four more victims abused by Munoz that were documented by the Santiago archdiocese, including some of his young relatives.

Ezzati has said he knew nothing of the abuse before Munoz came forward. He had already offered his resignation when he turned 75 last year, and was among the active Chilean bishops who offered to resign en masse in May when they were summoned by Francis for a collective dressing down for their disastrous handling of abuse allegations.

But Francis hasn't moved on Ezzati's resignation yet, presumably waiting to find the right candidate to take over the leadership of Chile's most important archdiocese.

In the United States, bishops and cardinals are coming under increasing pressure to reveal what they knew about the abuse of adult seminarians and minors allegedly committed by Cardinal Theodore McCarrick, the former archbishop of Washington.

Francis on Saturday accepted McCarrick's resignation as cardinal, and imposed on him unprecedented penalties for a cardinal even before his canonical trial is completed, including living a lifetime of penance and prayer and living isolated from others.

McCarrick, 88, had been one of the most prominent American cardinals involved in responding to the sex abuse crisis when it erupted publicly in the U.S. in 2002.

He was initially ordered by the Vatican to cease all public ministry last month after the New York archdiocese determined that an accusation that he fondled a teenage altar server in the 1970s was "credible and substantiated."

Since then, another victim identified only as James has come forward saying McCarrick engaged in a sexually abusive relationship with him for years, starting when he first exposed himself to James when he was 11.

3 dead, 7 wounded after gunmen in New Orleans fire on crowd

Revelations of US cardinal sex abuse will force pope's hand