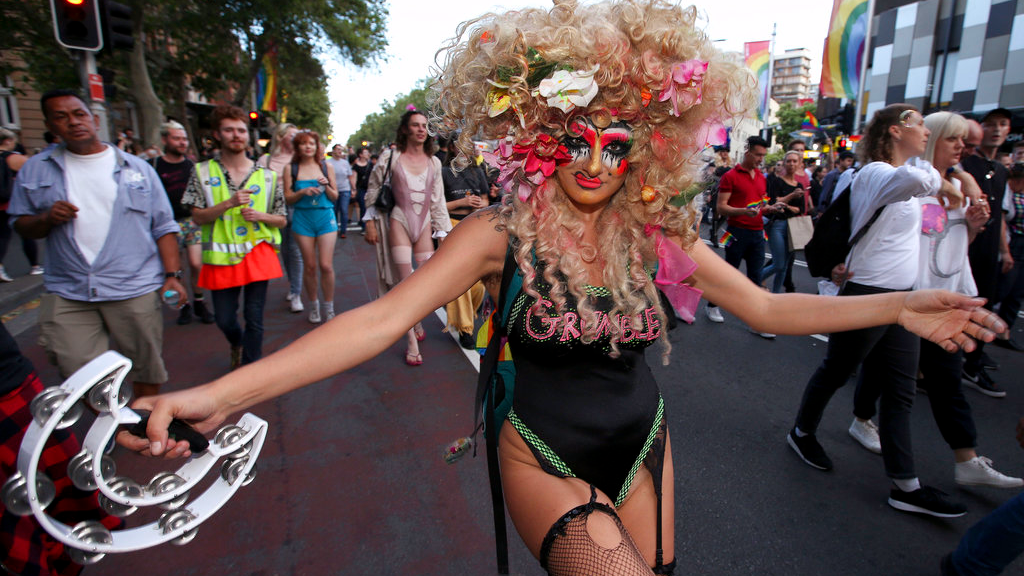 Nearly two-thirds of Australians supported gay marriage in a postal survey that ensures Parliament will consider legalizing same-sex weddings this year, although the form any law would take and its allowances for religious objections sparked immediate debate.

The Australian Bureau of Statistics said Wednesday that 62 percent of registered voters who responded in the unprecedented mail survey favored reform. The conservative government promised to allow a bill creating marriage equality to be considered in Parliament in the final two-week session that is due to end on Dec. 7.

A "no" vote in the survey would have put marriage equality off the political agenda, perhaps for years. Thousands of marriage equality supporters waving rainbow flags gathered anxiously in city parks around the country and cheered when the results was announced.

The mood was relief rather than exhilaration when the result was announced in a park in the national capital, said Tanna Winter, 30. Canberra demonstrated Australia's highest level of support for same-sex marriage, with only one in four responses opposing it.

"The polls said that Brexit wouldn't happen, the polls said that Hillary would win and I sort of thought this felt like Australia's time to show everyone that we're backward too," Winter said hours later over a celebratory beer.

His friend Sam James, 31, quipped: "It's hard for the Russians to interfere with a paper survey"— a reference to Russia's suspected meddling in the U.S. presidential election.

Prime Minister Malcolm Turnbull, a vocal advocate of marriage equality, called on lawmakers to heed the "overwhelming" result and to commit to legislate for gay marriage by next month.

Some government lawmakers have vowed to vote down gay marriage regardless of the survey's outcome. But the survey found a majority of voters in 133 of the 150 districts in the House of Representatives wanted reform.

Lawmakers opposed to gay marriage are already moving to wind back anti-discrimination laws, with debate in Australia intensifying over the possibility of gay wedding boycotts and refusals to provide a celebrant, venue, flowers or a cake.

Several government lawmakers on Monday released a draft gay marriage bill, proposed by senator James Paterson, that critics argue would diminish current protections for gays against discrimination on the grounds of sexuality.

Government senator Dean Smith on Wednesday introduced a separate bill to the Senate favored by Turnbull that ruled out any compromise that would cost gays and lesbians their existing protections against discrimination. Smith's bill permits only churches and ministers of religion to boycott same-sex weddings.

"If there are amendments, let's see them, but let's be clear about this: Australians did not participate in a survey to have one discrimination plank removed, to have other planks of discrimination piled upon them," Smith told reporters.

Fiona McLeod, president of the Law Council Of Australia, the nation's peak lawyers group, said Paterson's bill "would encroach on Australia's long-established anti-discrimination protections in a dangerous and unprecedented way."

Lyle Shelton, spokesman for Coalition for Marriage which lobbied against the reform, said his group favored Paterson's bill.

"I don't think anyone who voted in this postal survey wants to see their fellow Australians put up on hate speech charges," Shelton said. "We need to protect freedom of speech, freedom of conscience and also freedom of religion."

"Yes" voter Peter Kensey, 36, said while he was celebrating the win with Winter and James in Canberra tonight, there was apprehension in the gay community about what form the law would take.

"I think that's why today hasn't been a huge celebration," Kensey said. "You wonder if you're going to be screwed over at the very last stage."

Ireland is the only other country to put same-sex marriage to a popular vote, but that referendum was binding. Irish voters in 2015 changed their constitution to allow marriage equality.

In Australia, voting in elections and referenda is compulsory, but the Senate refused to fund a binding vote. Almost 80 percent of more than 16 million registered voters posted ballots in the voluntary survey, which gay marriage advocates opposed as an unnecessary obstacle and opponents derided as being about a boutique issue of little public interest.

The U.N. Human Rights Committee last week criticized Australia for putting gays and lesbians "through an unnecessary and divisive public opinion poll." The committee called on Australia to legislate for marriage equality regardless of the survey's outcome.